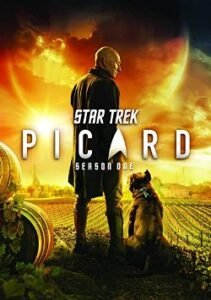 I love this show. I’ve been a Trekkie since I was a little girl, growing up in the 60’s with the original “Star Trek.”  However, that doesn’t mean I’ll automatically love anything that they put forth with the name “Star Trek” on it. Having Patrick Stewart star in it definitely gives it more credibility, though.  Unlike “Star Trek: Discovery,” which took me a few episodes to really get into or like, this one grabbed me right away. I wasn’t too fond of the new Star Trek movies with Chris Pine, either (although the last one wasn’t bad). They did everything right: They came up with a great story; they brought back some other old characters we know; they put in a lot of action, but they still had those great Picard speeches that we all loved in “Star Trek: The Next Generation.”

You don’t have to be a fan of Trek or have watched any of the shows to enjoy this series (although it does help).  The writing is really good and will draw you in.

I can’t wait for season 2. The DVD is great. It has over 2 hours of special features. Most of them are great fun to watch. Any Star Trek fan should love this show and this DVD. Anyone who doesn’t love it is either lying, or they’re just too picky to deal with.

Add another Star Trek release to your collection when Star Trek: Picard – Season One, starring Emmy®️-nominated Patrick Stewart, arrives on Blu-Ray and DVD on October 6 from CBS Home Entertainment and Paramount Home Entertainment. Follow Picard as he takes on a new chapter in his life.

Description: Star Trek: Picard features Sir Patrick Stewart reprising his iconic role as Jean-Luc Picard, which he played for seven seasons on Star Trek: The Next Generation. At the end of the 24th Century, and 14 years after his retirement from Starfleet, Jean-Luc Picard (Sir Patrick Stewart) is living a quiet life on his vineyard, Chateau Picard. When he is sought out by a mysterious young woman, Dahj (Isa Briones), in need of his help, he soon realizes she may have personal connections to his own past. The new series will follow this iconic character into the next chapter of his life 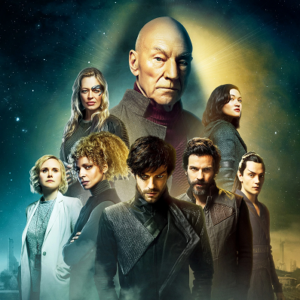