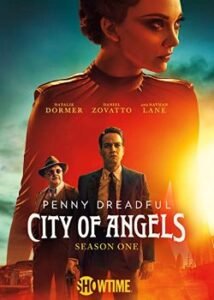 This show was created by the same writer, John Logan, who created the original “Penny Dreadful” series on Showtime. Fans of that show will be disappointed in this new series because it’s not as supernatural and not as good. The acting is very good, and it’s filmed beautifully. The story is a bit of a mess, though. There are just too many characters and many different things going on, which makes it confusing.

I’m not saying it’s not worth watching — Nathan Lane alone is a reason to watch — but just don’t expect it to be as good as the original series. Also, Showtime canceled it, so there won’t be any more episodes. That’s too bad because Logan created a good time and place for us to enjoy. Perhaps season 2 would have been better.

The thrilling drama Penny Dreadful: City of Angels – Season One is coming to DVD on September 29 from CBS Home Entertainment and Paramount Home Entertainment. Follow Detective Tiago Vega (Daniel Zovatto) and his partner Lewis Michener (Nathan Lane) as they explore a grim murder that took place in Los Angeles 1938.

Description: 1938 Los Angeles is a time and place deeply infused with social and political tension. When a grisly murder shocks the city, Detective Tiago Vega and his partner Lewis Michener become embroiled in an epic story that reflects the rich history of Los Angeles: from the building of the city’s first freeways and its deep traditions of Mexican-American folklore, to the dangerous espionage actions of the Third Reich and the rise of radio evangelism. Before long, Tiago and his family are grappling with powerful forces that threaten to tear them apart. 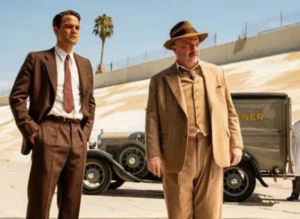