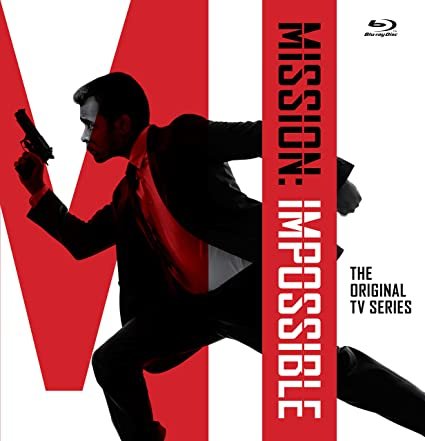 I watched this show growing up; I have three older brothers who are comic book and scifi fans, so they loved it. I’ve always enjoyed it, but it’s even better to watch as an adult. It was a little over my head when I was that young.  Although the first episode is a bit slow, the others aren’t. There is plenty of action and intrigue. If you like James Bond movies or John le Carré novels, you should love this series. There were many spy shows on TV back then, like “I Spy,” “Wild Wild West,” “Man from U.N.C.L.E.” and “The Avengers.” This was as good as any of those.

In each episode, the IMF team gathers to plan their next operation. Jim Phelps (Peter Graves) They usually have a target in some country. They use disguises, accents, electronics, deception, sleight-of-hand, impeccable timing and quick thinking to accomplish their mission. It’s a very cool show and often fun.

If you’re a younger person who’s never watched an old show, you might find it shocking because the early episodes are in black and white. People are smoking.  Latinos and Asians are mostly played by white people.  You don’t want to think too deeply about the fact that they infiltrated other countries to commit illegal acts and weren’t bothered by the fact that they were responsible for many deaths.  Back then, the bad guys were all bad, so it was okay.  Still, like “Star Trek,” they were progressive in many ways.  They had a multicultural cast (for the time).  Barney, their electronics expert, played by a black actor Greg Morris.  Morris was also the actor who was on the show the longest. It ran 7 seasons, which is a good run. Barbara Bain played Cinnamon.  She wasn’t just eye candy, though. She was shown to be very intelligent and had some sort of medical training.  Unlike many shows back then, she was an important part of the team.  Later on, Lesley Ann Warren and Linda Day George replaced Bain in the series. After “Star Trek” was canceled, Leonard Nimoy joined the cast for a few years.

It’s fun to watch these old series to see so many actors we recognize from movies or other shows (especially those that went on to more fame). Sam Elliot was a regular on the show in 1970.  Lee Meriweather was on for 8 episodes. I’m sure you’ll recognize a lot of familiar faces, such as Anthony Zerbe, William Windom, Fritz Weaver, Pernell Roberts, Mark Lenard, Robert Conrad, Joanna Cassidy, Dina Merrill, and many more.

There was a reboot of the series in the 1980’s that I liked, starring Thaao Penghlis (Tony/Andre on “Days of Our Lives”) and others. Peter Graves reprised his role of Phelps on that one.  I never saw the movies because I heard they were very different from the original series.  If you love those, you may be disappointed in the series.

This DVD set is great. The series is finally on Blu-ray!  It has a very cool case. Each season has its own mini-case and says, “Your mission should you decide to accept it” and “These discs will self-destruct in 5 seconds.” Those catch phrases are both from this show.  My only complaint is that there are no features. I’m disappointed because I would really liked to have seen those. I find it hard to believe that there aren’t some old interviews, behind-the-scenes features, or promos they could have found in their vaults to add. For that matter, they could have interviewed the surviving cast members Barbara Bain, Peter Lupus, Lynda Day George, Lesley Ann Warren, Sam Elliot, Sid Haig, Lee Meriweather and others, or any other surviving crew or cast. Still, it’s worth having, just to see all of the episodes, and in such good condition.

Mission Impossible: The Original TV Series follows the Impossible Missions Forces (IMF) is a government agency of extraordinary spies assigned to do the most dangerous espionage missions. Each episode starts with the famous tape-recorded message detailing the upcoming, exciting mission, from overthrowing corrupt leaders to exploiting dangerous crime lords. The IMF crew consists of the leader, first Daniel Briggs then later Jim Phelps, and spies with different areas of expertise, from disguise experts to electronics technician. 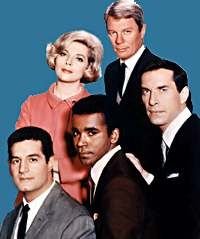