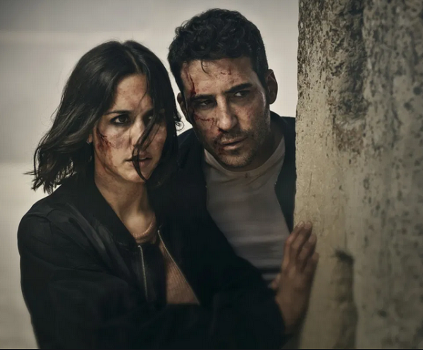 If you like horror (not just the gross-out kind), you should love this show. It’s in Spanish, though, so you do have to pay attention if you’re not a native speaker and you’re watching the English subtitles. This show really grabbed me right at the beginning. They don’t play around. The first thing you see is horrible, and more terrible things follow. The show reminds me a bit of the Exorcist TV series, but it’s got even more shocks. There’s very little that’s subtle here; however, they do have a lot of surprises.

The heroine of the show is Elena (Megan Montaner), a veterinarian who witnesses some horrific things. Paco (Miguel Ángel Silvestre) is the handsome mayor of their small town. He runs a butchering plant and was pushed into running by his domineering wife (Macarena Gómez). Paco is called when something really weird happens with Elena and this newborn baby.

The other main character is Padre Vergara (Eduard Fernández), who’s new to town. He has a history with exorcism. He claims that he doesn’t believe in the devil any more, but we know that he’s seen otherwise. He’s called in by Paco about the baby.

The 30 coins in the title refers to the pieces of silver given to Judas. The show’s “theme song” shows Christ’s crucifixion, and then Judas’ hanging, in vivid detail. Apparently the devil (or someone in Hell) wants the coins back, but they’re scattered all over the world.

I’m really trying hard not to post a spoiler here because it’s important, in a horror movie, not to spoil the really terrifying, shocking or gruesome things that happen. I’ll just say that there is plenty to be had, and all I watched was the first episode. I watched it late at night, so I had to watch a couple of lighter shows afterwards, to make sure I didn’t have nightmares. Watch this in the daytime. It’s very compelling.

Directed and co-written by acclaimed horror master Álex de la Iglesia (The Day of the Beast, The Last Circus), 30 Coins takes viewers into a world where nothing is as it seems, and nobody can be trusted.

The eight-episode drama series follows Father Vergara (Eduard Fernández), an exorcist, boxer, and ex-convict who is exiled by the church to be the priest of a remote town in Spain. As his past and old enemies come back to haunt him, strange things begin to happen. An unlikely task force forms as Mayor Paco (Miguel Ángel Silvestre) and local vet Elena (Megan Montaner) seek the truth, while reality is distorted by a cursed coin which is at the heart of a global conspiracy. 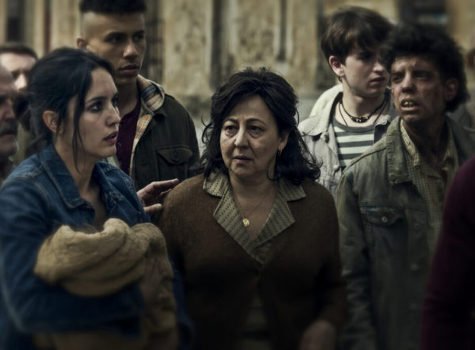