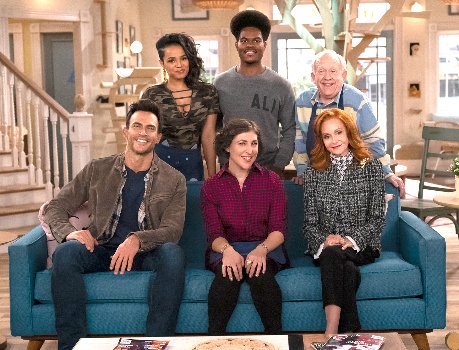 Mayam Bialik (“Big Bang Theory”) stars as a 39-year-old single woman, Kat, who loves cats. She has social anxiety and opened her own Cat Café. In other words, she’s supposed to be a lovable dork. Other characters in this show include Max (Cheyenne Jackson), a man Kat used to have a crush on in high school; her good friend Tara (Vanessa Lachey); her mother (Swoosie Kurtz), who likes to nag her; a bartender she knows, Carter (Julian Gant); and people that work in her cat cafe: Randi (Kyla Pratt) and Phil (Leslie Jordan). Leslie Jordan is always funny, especially if he has good material. I’m sad to say that’s not really the case here.

Kat is a very different character than probably any others you’ve seen Bialik play before. She’s an excellent actress, but this show is not right for her. In an annoying plot device, she talks to the audience a lot. I really hate shows that do this. Kat is very animated and often makes wild gestures, which end up with her accidentally hitting or kicking someone or something. She’s supposed to be very awkward, but frankly…. I just don’t think it works. There aren’t enough jokes in the show to make me laugh.

New comedy CALL ME KAT, starring Emmy Award nominee Mayim Bialik (“The Big Bang Theory”), and executive-produced by Bialik, Emmy Award-nominated producer Jim Parsons (“The Big Bang Theory,” “The Boys in the Band”) and Darlene Hunt (“The Big C”), will have a special series premiere Sunday, Jan. 3 (8:00-8:30 PM ET/PT), following the NFL ON FOX doubleheader. The series then makes its time period premiere with an all-new episode Thursday, Jan. 7 (9:00-9:30 PM ET/PT). Based on the BBC UK original series “Miranda,” CALL ME KAT stars Bialik as a woman who struggles every day against society and her mother to prove that she can still live a happy and fulfilling life despite being single at 39.  Which is why she recently spent her entire savings to open a cat café in Louisville, Kentucky. It was expected of KAT (Bialik) to be married with kids by now, but for many reasons, she’s still single – and totally fine with it. Of course, Kat’s mother, SHEILA (Emmy Award winner and Golden Globe nominee Swoosie Kurtz, “Mike & Molly,” “Sisters”), views her daughter’s single-hood as her own personal failure, but Kat remains determined to live a fulfilling life, and charts her own course to happiness. Working alongside Kat at the café are RANDI (Kyla Pratt, “One on One”), a confident millennial and self-proclaimed “non” cat person; and PHIL (Emmy Award winner Leslie Jordan, “The Cool Kids,” “Will & Grace”), who recently broke up with his longtime partner. Although Kat celebrates her independence, her single-forever plans may begin to veer off-course, when her former crush and good friend, MAX (Cheyenne Jackson, “American Horror Story,” “30 Rock”), returns to town and takes a job as a bartender at the piano bar across the street, working with his friend, CARTER (Julian Gant, “Good Girls”).  CALL ME KAT is produced by That’s Wonderful Productions, Sad Clown Productions and BBC Studios’ Los Angeles production arm in association with Warner Bros. Television and FOX Entertainment. Darlene Hunt is the executive producer and showrunner. Additionally, Jim Parsons, Todd Spiewak (That’s Wonderful Productions), Mayim Bialik (Sad Clown Productions), Miranda Hart, Angie Stephenson (BBC Studios) and Beth McCarthy-Miller also serve as executive producers. McCarthy-Miller directed the series premiere. 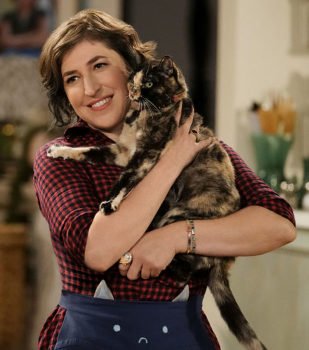