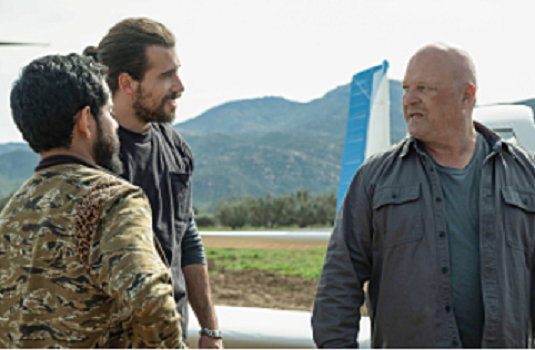 This is a very good and compelling drama. It definitely kept me glued to the screen. It has a tight script and very good acting. Michael Chiklis (who’s always so good) stars as Ben, a retiring border patrol agent who gets caught up with gangs down in Mexico. The premise may sound far-fetched, but they make the story work. Also, I expected Chiklis’ Ben to be as corrupt as his character on “The Shield,” but he’s not.

Ben is a hard-working border cop who has clearly put everything into his job, since he has an ex-wife and college-aged daughter (and he doesn’t seem to have any friends outside of work). He’s not happy about retiring. He makes a big bust on his last day. Later, he goes down to a Tijuana because his late partner, Javi, bought some beach property down there and was fixing it up for his family (presumably to retire to). Ben wants to help out Javi’s widow by fixing it up to sell. He’s a guy who’s just trying to do the right thing, but he doesn’t seem to be very equipped at life outside his job.

If you liked “Breaking Bad,” then you’ll probably love this show as well. Honestly, I don’t like these types of shows where the protagonist ends up being a bad guy or breaking the law, but at least Ben is a good, honest cop (at the beginning). There have been so many shows like now: Weeds, Ozark, Claws, and Good Girls. Few are as good as this, though.

COYOTE is the story of Ben Clemens (Michael Chiklis), who after 32 years as a border patrol agent is forced to work for the very people he spent his career trying to keep out of the United States. Now exposed to life on the other side of the wall, Ben will start to question his black and white views of the world, challenging his ideology and his loyalties. 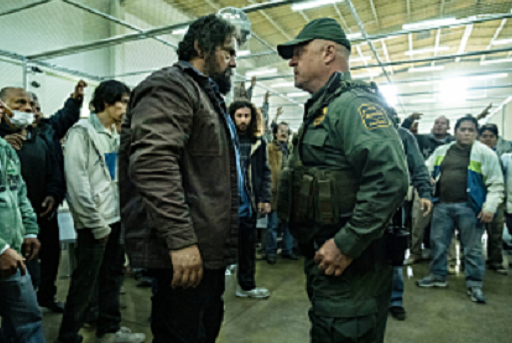