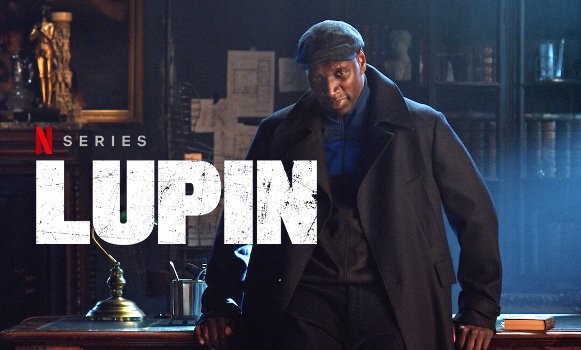 This is a really fun show that reminds me of old 60’s movies and shows that I grew up with, like “The Thomas Crown Affair,” “Charade” and “To Catch a Thief,” as well as the more recent series “Leverage.” Omar Sy plays Assane Diop, an immigrant janitor who seemingly owes money to a group of criminals. He gets them involved in a jewel heist at The Louvre. As the story unfolds, we see that Assane is not who he seemed. We see flashbacks to when he was younger; a rich family destroyed his father by accusing him of a crime. Assane reads about the adventures of dashing criminal mastermind Arsène Lupin (from 1905 books) and is inspired by him.

I don’t want to spoil anything, but it’s a great twisty story that’s so enjoyable to watch. I’m going to keep watching this one for sure to see how it turns out. Sy is wonderfully suave in the role. Vincent Londez plays Capitaine Romain Laugier, the officer investigating the heist. He has a good intense stare. Ludivine Sagnier plays Assane’s ex-wife, Claire. They have a son together, so I would guess that at some point, his criminal behavior puts them in danger.

I want to see more about this series and can’t wait to watch it. The character Lupin has appeared in many books, plays, TV series and movies…and even a comic book.

Inspired by the adventures of Arsène Lupin, gentleman thief Assane Diop sets out to avenge his father for an injustice inflicted by a wealthy family.

As a teenager, Assane Diop’s life was turned upside down when his father died after being accused of a crime he didn’t commit. 25 years later, Assane will use “Arsène Lupin, Gentleman Burglar” as his inspiration to avenge his father. A Netflix Original Series only on Netflix, January 8. 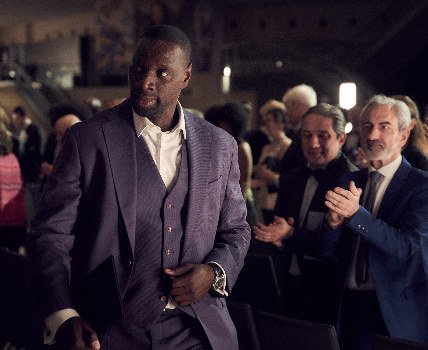