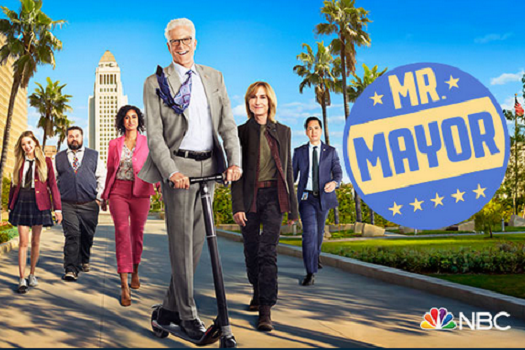 This show is created by Tina Fey and her writing/producing partner Robert Carlock (who also did “30 Rock,” “Good News” and “The Unbreakable Kimmy Schmidt”) and stars Ted Danson (“The Good Stuff,” “Cheers”). However, it’s not as funny as it could be. I watched the first two episodes. The second episode was funnier (where the Mayor gets stoned), so you do need to stick with it to enjoy it. It’s no “30 Rock” or “The Good Place,” though.

Danson stars as the new mayor of Los Angeles, Neil Bremer. He’s a former retired local businessman, widowed, that got into the race after the previous mayor flamed out in that last horrible year, 2020. Holly Hunter plays a sarcastic city councilwoman, Arpi Meskimen. She reminds me a bit of Tig Notaro’s character in “Star Trek: Discovery.” Mikaela Shaw plays Vella, the mayor’s chief of staff. Others in the mayor’s staff include Mike (Tommy Tomás) and a really annoying dumb guy, Jayden (Bobby Moynihan).

The joke of the show is that the mayor knows nothing about politics, and they’re all worried about what dumb things he’ll do, but really, he’s a bit more savvy than they give him credit for because he’s good with people. He’s softened a bit by his teen daughter, Orly (Kyla Kenedy).

Unless the show gets a lot funnier, I doubt it’ll be a hit. Hunter and Danson are both way too good to be in this sitcom.

“Mr. Mayor” follows a retired businessman (Ted Danson) who runs for mayor of Los Angeles to prove he’s “still got it.” Once he wins, he has to figure out what he stands for, gain the respect of his biggest critic (Holly Hunter) and connect with his teenage daughter, all while trying to get anything right for America’s second weirdest city.
The series stars Ted Danson, Holly Hunter, Vella Lovell, Mike Cabellon, Kyla Kenedy and Bobby Moynihan.
“Mr. Mayor” is produced by Universal Television, a division of Universal Studio Group, Little Stranger, Bevel Gears and 3 Arts Entertainment. Robert Carlock, Tina Fey, Jeff Richmond and David Miner will executive produce. Eric Gurian will serve as a co-executive producer. 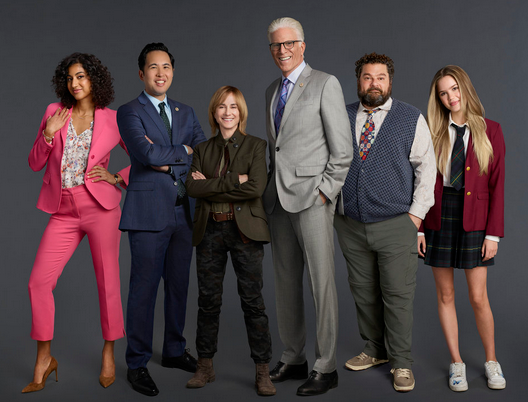