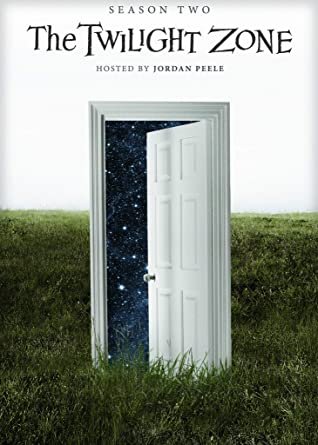 I love this show. This season was even better than first season. There were more great guest stars and interesting stories. Jordan Peele and his team do a great job of paying homage to the original series as well as taking it a step further. Season 2 is just as great as Season 1.  Of course, since it’s an anthology series, you can watch any episode by itself and be entertained. However, just like season one, there is a plot throughline. You should watch them all.

Unfortunately, the set is sorely lacking in extras. They just have some deleted scenes and a gag reel. Still, it’s a great set to own and should make a very good gift to any adult. It has some violence and adult themes, so you shouldn’t give it to any kids. I can’t wait for season 3!

Season two of the America’s anthology series The Twilight Zone will be available on DVD on January 12th from  CBS Home Entertainment and Paramount Home Entertainment. Starring Academy and Emmy Award winner Jordan Peele, Oscar nominee Kumail Nanjiani, and Peter Atencio, the series is heavily based on the original 1959 series created by Rod Sterling.

Description: This updated version of Rod Sterling’s 1959 classical series consists of tales revolving around science fiction, mystery, and horror. Each episode features its own mind-bending and insane journey into a different dimension filled with endless possibilities for the viewers to explore. The conscious storytelling consists of a standout cast that includes Oscar nominee Kumail Nanjiani, Seth Rogen, Tracy Morgan,  John Cho, Zazie Beatz, and many others. Not only that, but the modern take on the all-time classic is hosted by Academy Award and Emmy Award winner Jordan Peele. It truly captures the mind-blowing world that fans of Rod Sterling classic would be able to enjoy.