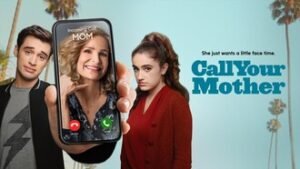 I watched several of the commercials for this show and it seemed funny so I thought I would watch it and I wasn’t let down, it is very funny.

The show centers around Jean Raines a mom whose two grown children live in Los Angeles and she lives in Iowa. Jean (Kyra Sedgwick) calls her children every day to check and see how they are doing so when her youngest son Freddie (Joey Bragg) doesn’t answer her calls in four days she decides to fly to Los Angeles to find him because she is afraid something has happened of him. Once she arrives in Los Angeles she discovers that her daughter Jackie (Rachel Sennott) has broken up with her fiancé and is dating her boss who is much older than her because she was hurt by her break-up with her boyfriend. Jean also finds out that Freddie has been dating a girl named Celia (Emma Caymares) for a year and didn’t tell her about his girlfriend. Jean also discovers that Jackie and Freddie have not spoken to each other in a year. Once Jean gets Jackie and Freddie’s relationship back on track she feels better and is about to leave but her kids ask her to stay longer. Jean then calls her best friend Sharon (Sherry Shepard) and tells her that she is staying in Los Angeles for a little bit longer because her kids need her.

I really enjoyed this show. It is very funny and heart-warming and the cast seems like it has been working together for a long time… everyone is great. I think that if you like sitcoms you will really enjoy this show too. I think this show will be a hit and a wonderful addition to the ABC comedy lineup I give this show 5 out of 5 stars. 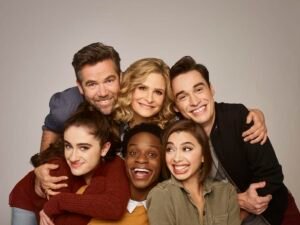