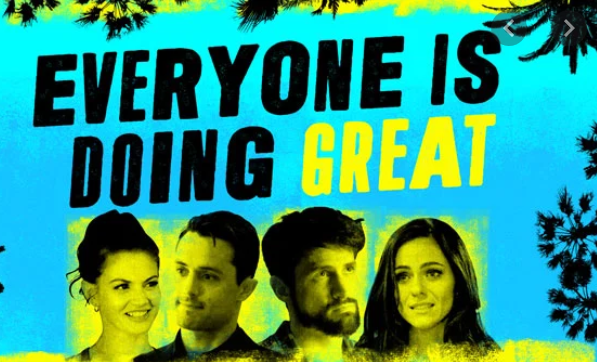 I didn’t find this “comedy” to be funny at all, and the characters are bland and unlikable. Also, it has too many awkward scenes. I hate that type of humor. The last thing I want to see is someone being or looking awkward for a half an hour or more. That’s not funny. It’s hard to watch. You have to have funny jokes and/or situations in a comedy. Being weird or awkward is just not enough.

The series is loosely based on the lives of “One Tree Hill” co-stars Stephen Colletti (Seth) and James Lafferty (Jeremy), who also created and wrote the series as well as star in it. In the series, they’re both former actors from a hit vampire TV series called “Eternal,” but now, 5 years later, they can’t find work. We’re supposed to feel sorry for them, I guess, in their mansions with all the drugs and booze they want.

The characters just seem pathetic and whiny to me. I wouldn’t care so much about that, if it were funny, but it’s not. In one scene, Seth has sex with a pillow during an audition. Jeremy, who seems worse than Seth, has trouble having sex with his wife or even masturbating by himself. At the end of the series, he throws up after getting some bad news. Somehow I can’t see any of the actors from “True Blood,” “Vampire Diaries” or “The Originals” acting this way. Part of the problem is that they’ve made it so that Seth and Jeremy were on their shows straight out of college, so they don’t have much experience beyond “Eternal.”  It’s very rare for anyone to cast a newbie as the star of a primetime series, so this premise didn’t work for me.

The actors crowd-funded most of the episodes. They must have some really great fans. Chalk this show up to yet another unfunny HULU show.

Seth and Jeremy enjoyed the success of ‘Eternal,’ a hit television vampire drama. Five years after their show has ended, they lean on each other as they awkwardly navigate the perils of life and love in a late coming-of-age. 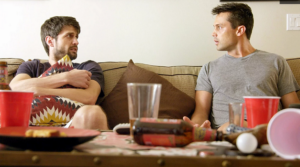