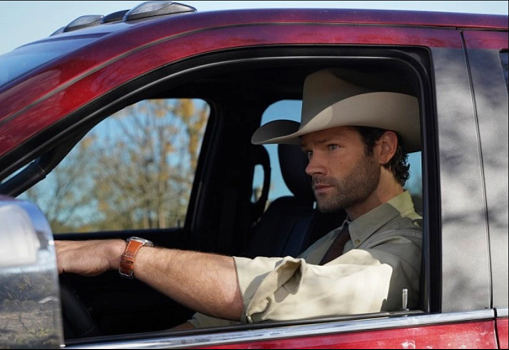 Jared Padalecki (Sam on “Supernatural”) stars as Cordell Walker, a Texas Ranger. This is a reboot of the old series, “Walker, Texas Ranger” starring Chuck Norris, but aside from the name, the main character’s former marine service, and the Texas locale, it has little in common with that series.  They probably should have stuck closer to that formula, since that was a popular show that ran for 8 years.

This one tries to be more modern and more of an ensemble show. Although Walker is definitely the star, other characters in the show include his daughter, his son, his parents, his old partner and his new partner. Also, we see his wife at the very beginning. It’s a lot of people to get to know (or care about) in a short period of time. Padalecki doesn’t look old enough to have two teenaged children.  He is, but he doesn’t look it. It’s thin frame and his baby face worked well for him on “The Gilmore Girls” and “Supernatural,” but he doesn’t quite look tough enough or old enough for this role (even though he’s pushing 40, believe it or not).

Walker returns after a long absence following his wife’s death and an undercover job.  He has to get to know his family again, and get back to his old job. He also wants to investigate his wife’s death, which he still has questions about.

The old show relied more on action. Chuck Norris wasn’t a very good actor, but he was a martial arts expert who had appeared in a movie with Bruce Li and done quite a few of his own action films. This new show lacks action. It’s more like a regular cop show. Just judging from the first episode, it seems like they can’t decide whether it’s going to be a cop show, a mystery, or a family drama.  Shows that try too hard to be more than one thing usually don’t do well. I’ll keep watching – mainly because I like Padalecki – to see if it gets better. 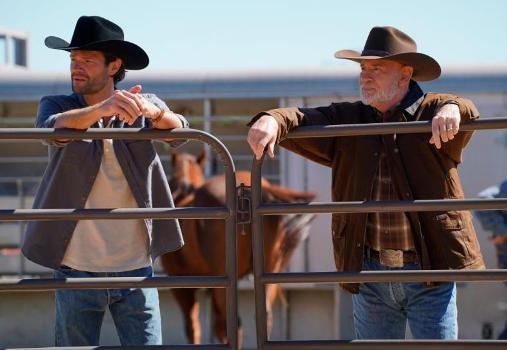 WALKER, a reimagining of the long-running series “Walker, Texas Ranger,” stars Jared Padalecki (“Supernatural”) as Cordell Walker, a widower and father with his own moral code, who returns home to Austin, Texas after being undercover for nearly a year, only to discover there’s harder work to be done at home. Walker will attempt to reconnect with his creative and thoughtful son, August (Kale Culley, “Me, Myself and I”) and his headstrong, somewhat rebellious teenaged daughter, Stella (Violet Brinson, “Sharp Objects”) and navigate changes with the rest of the family. His ADA brother, William “Liam” (Keegan Allen, “Pretty Little Liars”) returned home from New York and stepped in during Walker’s absence, making it all the more difficult for Walker to resume his place in the family. The perceptive matriarch of the Walker clan, Abeline (Molly Hagan, “Herman’s Head”) doesn’t hesitate to speak her mind to keep everyone in line and their traditional rancher father, Bonham (Mitch Pileggi, “The X-Files”) isn’t much for long winded, sentimental prattling, but voices his opinion when it counts most. At work, Walker’s former colleague, Larry James, is now his Ranger Captain, (Coby Bell, “The Game”) and both men need time to adjust to their new dynamic. Walker finds unexpected common ground with his new partner, Micki Ramirez (one of the first women in Texas Rangers’ history) played by Lindsey Morgan (“The 100”). She knows there’s a lot at stake for her in this new job and is quick to school Walker on curbing his maverick ways. Walker’s not Micki’s only distraction, as her relationship with an old friend, Trey (played by Jeff Pierre, “Once Upon a Time”) becomes more serious. The series closely follows Walker as he tries to balance all the new details in his old life while growing increasingly suspicious about the circumstances surrounding his wife’s (Genevieve Padalecki) death. 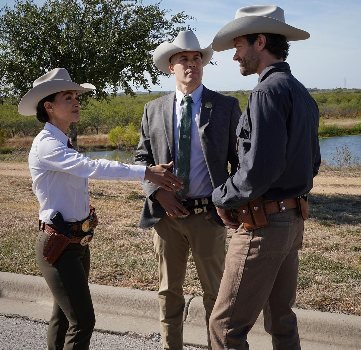