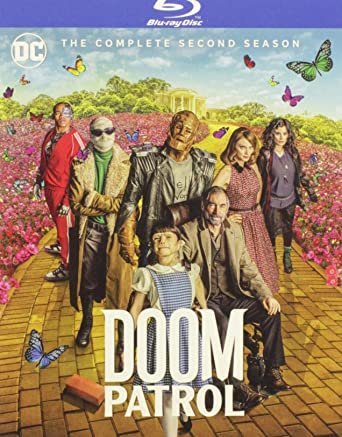 I love this series. I grew up reading the “Doom Patrol” comic books. I love superhero shows, and the actors do a fabulous job. I’m very glad to have this on DVD because I never seem to have the time to watch it otherwise. The second season is just as good as the first, in my opinion. The characters, having vanguished the villain Mr. Nobody in season 1, now have plenty to do in season 2 as they battle their own inner demons as well as the real-life bad guys.  They do a wonderful job of bringing the comic book to life.

Season 2 ended on a cliffhanger because of the pandemic (there was supposed to be one more episode); there are 9 episodes total.  The show was renewed for season 3 and has already started filming. Hopefully, it will return later this year. It airs now on HBO Max, since DC Universe no longer shows TV shows.

Any comic book fan should love this series.  It’s great drama, tragedy, action and quite a bit of humor as well.

The special features include “Doom Patrol: The Magic of Makeup” and “Doom Patrol Season 2: Come Visit Georgia PSA.”  The first feature is very cool and shows how some of the makeup gets done for the show. The second feature is really boring, but it’s short. I wish they had more extras.

Now’s the Time to Get a Grip of Your Inner Demons!
DOOM PATROL:
THE COMPLETE SECOND SEASON
Contains All Action-Packed Episodes from the Second Season of the Hit DC UNIVERSE Original Series, Plus Two Featurettes!
Come Face-To-Face with Your Secrets with the Release of the Hit Series on Blu-ray™ & DVD on January 26, 2021
BURBANK, CA (October 21, 2020) – Get ready to embrace the strange. DC’s favorite misfit heroes are back to save the world once again with the release of Doom Patrol: The Complete Second Season on Blu-ray and DVD on January 26, 2021 from Warner Bros. Home Entertainment. Strap yourself in for an exhilarating ride with all 9 episodes from the second season of the original DC series, plus enjoy the captivating extra features including two behind-the-scenes featurettes. Doom Patrol: The Complete Second Seasonis priced to own at $29.98 SRP for the DVD ($39.99 in Canada) and $39.99 SRP for the Blu-ray ($44.98 in Canada), which includes a Digital Copy (U.S. only). Both sets have an order due date of December 22, 2020.
DC’s strangest group of Super Heroes are back again to save the world – that is if they can find a way to grow up…both figuratively and literally. Following the defeat of Mr. Nobody, the DOOM PATROL now find themselves mini-sized and stranded on Cliff’s toy race car track. Here they begin to deal with their feelings of betrayal with Niles Caulder aka The Chief, while confronting their own personal baggage. As each Super Hero faces the challenge of moving beyond trauma and failure, they must come together to protect the newest family member, Niles’ daughter, whose powers remain a mysterious but real threat to bringing on the end of the world.
“The critically acclaimed series received a 96% certified “fresh rating” on RottenTomatoes.com – and continues to soar with ratings,” said Rosemary Markson, WBHEG Senior Vice President, TV Marketing. “Join in on the world’s weirdest phenomena with these unique DC Super Heroes – and get ready to binge watch the second season of their fascinating story on Blu-ray & DVD!”
With Blu-ray’s unsurpassed picture and sound, Doom Patrol: The Complete Second Season will be released in 1080p Full HD Video with DTS-HD Master Audio for English 5.1. The 2-disc Blu-ray will feature a high-definition Blu-ray and a Digital Copy of all 9 episodes from season two (available in the U.S.).
Doom Patrol stars Diane Guerrero (“Orange is the New Black”), April Bowlby (“Two and a Half Men”), and Joivan Wade (“Doctor Who”), with Matt Bomer (Magic Mike), and Brendan Fraser (The Mummy), and a special appearance by Timothy Dalton (License to Kill). Based on the characters from DC, Doom Patrol is produced by Berlanti Productions in association with Warner Bros. Television, with executive producers Greg Berlanti (“The Flash,” “Supergirl,” “Riverdale,” “DC’s Legends of Tomorrow)”, Jeremy Carver (“Supernatural,” “Frequency”), Geoff Johns (Aquaman, Wonder Woman), Chris Dingess (Agent Carter, Eastwick) and Sarah Schechter (“The Flash,” “Supergirl,” “Blindspot,” “Black Lightning”). Doom Patrolhas been renewed for a third season exclusively on HBO Max.
SPECIAL FEATURES
9 ONE-HOUR EPISODES
BASICS
Street Date: January 26, 2021
BD and DVD Presented in 16×9 widescreen format
Running Time: Feature: Approx 405 min
Enhanced Content: Approx 11 min
DVD
Price: $29.98 SRP
3-Discs (3 DVD-9s)
Audio – English (5.1)
Subtitles – English SDH
US & Canada
UPC# 883929725298
Catalog# 1000780601
BLU-RAY
Price: $39.99 SRP
2-Discs (2 BD-50s)
Audio – DTS-HD Master Audio 5.1 – English
BD Subtitles – English SDH
US
UPC# 883929727759
Catalog# 1000781748
Canada
UPC# 883929725304
Catalog# 1000780602
About Warner Bros. Home Entertainment Inc.
Warner Bros. Home Entertainment (WBHE) brings together Warner Bros. Entertainment’s home video, digital distribution and interactive entertainment businesses in order to maximize current and next-generation distribution scenarios. An industry leader since its inception, WBHE oversees the global distribution of content through packaged goods (Blu-ray Disc™ and DVD) and digital media in the form of electronic sell-through and video-on-demand via cable, satellite, online and mobile channels, and is a significant developer and publisher for console and online video game titles worldwide. WBHE distributes its product through third party retail partners and licensees.
About DC
DC is one of the largest English-language publishers of comics and graphic novels in the world and home to some of the most iconic and recognizable characters ever created. As a creative unit of WarnerMedia, DC is charged with strategically integrating its stories and characters across film, television, consumer products, home entertainment, interactive games, and the DC Universe digital subscription service. For more information, visit dccomics.com and dcuniverse.com. 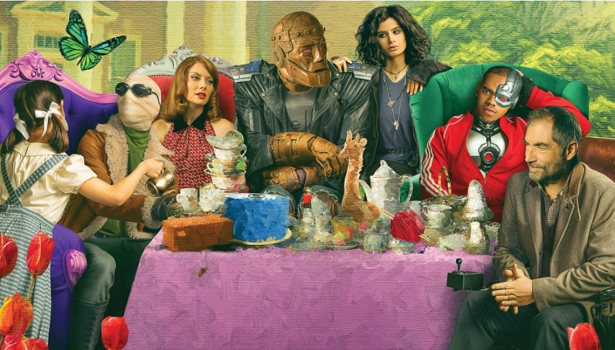