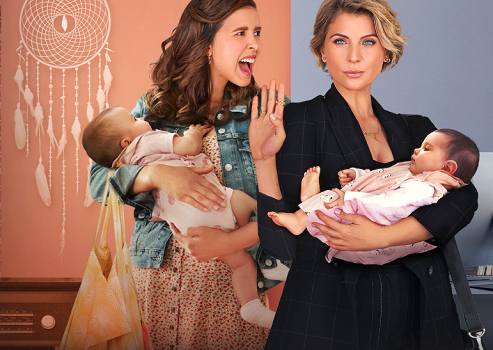 This is a fun dramedy from Mexico. Two mothers have babies on the same day.  One is a young student, a single mom (Mariana), and the other is an older, middle-aged well-to-do mom with 3 other kids and a husband (Ana).  Mariana had planned on a home birth, but things didn’t go as planned, so her mother rushes her to the hospital. Both women happen to meet and take an instant dislike of each other.  Later on, a new nurse accidentally switches the babies when she takes off their ID bracelets and then puts them back in the wrong order.

There are a lot of characters, which include Mariana’s mother, her girlfriend, and her ex-boyfriend; Ana’s children, husband, personal assistant, chauffeur and others she works with.  They all get involved in these family problems (and two are having an extra-marital affair).  When the hospital finds out that the babies were switched, they insist that each mother give the other’s baby back. However, both moms have bonded with the other baby, so it’s heartbreaking. They come up with an easy solution: Mariana moves in with Ana’s family.

I enjoyed this first episode, and if I had time, I would watch the rest of it. Maybe I will someday.

ADDITIONAL NOTES:
completed airing its first season on 1/20/21; has yet to be renewed for a second season.

DESCRIPTION:
(from Netflix’s web site, January 2021) After realizing their babies were exchanged at birth, two women develop a plan to adjust to their new lives: creating a single —and peculiar— family. 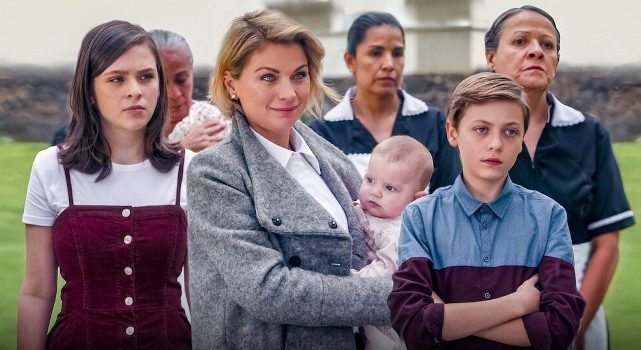