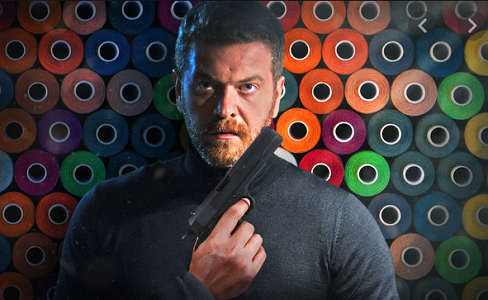 In this entertaining Turkish show, a man named Gölge is working for a mobster, Servet, that took him in as a child and trained him to be his henchman. Gölge only has a photo of his parents and wants to know who they are and where he comes from (as well as his real name). He learns that Servet has been lying to him. Servet tries to kill him, but he escapes. Meanwhile, he finds out that a tailor, Adil, in the small village of Güzelce, has died, and the people there think that he’s the tailor’s long-lost son, Adem. He hides out at the tailor’s shop, posing as Adem and building a very different life for himself.

The name is based on the size of the small shop: 50 meters squared (That’s 165 square feet to us Americans).

This is a really cool, stylish show that reminds me of shows I liked growing up, like “Mission: Impossible” or “It Takes a Thief.” It has some aspects of “The Bourne Identity” as well. It’s a good action-drama, but there’s a lot of humor and mystery in it as well. Of course, it is violent, but not exceedingly so. Any fan of action should enjoy it.

The series tells the story of a mysterious hitman named Golge (Engin Ozturk) who tries to find himself on the run for his life. While escaping from his wealthy and dark like followed by a betrayal from Servet who treated him like his long-lost father, he suddenly finds himself living in a 50 meter square tailor shop in a foreign neighborhood. While hiding in there until the situation settles down, he discovers those in the neighborhood think that he is the son of the deceased store-owner. However, he quickly realizes that maintaining this identity won’t be as easy as he thinks.The more he lives in this new neighborhood, the more he will discover the secrets about his past and his real identity, the more he helps those around him, the more he will become someone else.

The series is expected to launch globally in 2020. 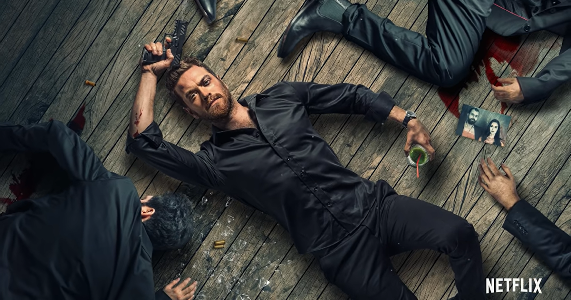