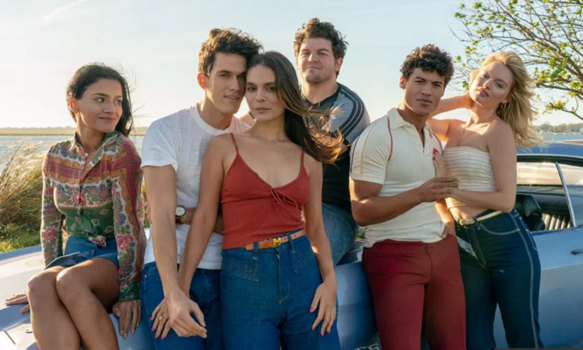 This show is about some friends in their 20’s who’ve graduated from college and have gotten together where they grew up, on Long Island.  The acting is fine. I found the story to be pretty boring. There are a lot of characters, and they don’t make us care about any of them, so it’s hard to tell them apart at times.

Even though the show is set in the 80’s, most of the music they play is from the 70’s…not even 1979, but earlier. Now, sure, if you grew up in the 70’s, you would still want to listen to your own music from college and high school, but you’d also probably still be listening to the current music.  Don’t get me wrong — I love 70’s music. I enjoyed that part of watching the show. I’m sure that it would have a great soundtrack. I just wondered why there wasn’t more music from the time the show is actually set in.

I only watched the first episode, so perhaps they do use more music from 1980 later on. I wasn’t interested enough in the show to keep watching, though.  There are so many wonderful shows out there…there’s no time for me to watch something I already don’t like, to see if it gets better.

Also, it seemed like the actors might have been paid extra every time they used the F word. Seriously.

Written, directed and produced by Edward Burns (Saving Private Ryan, Public Morals), this dramedy series set in 1980 revolves around a group of recent college grads setting out to pursue their dreams in Manhattan while still clinging to the familiarity of their working-class Long Island home town. Production is currently underway in New York.

In addition to Burns, the series is also executive produced by Aaron Lubin (Something Borrowed, Public Morals) and Lori Keith Douglas (The Village, Friends from College).  This is the second series from EPIX Studios. Bridge and Tunnel will be internationally distributed by MGM. 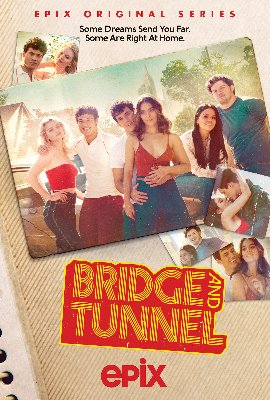