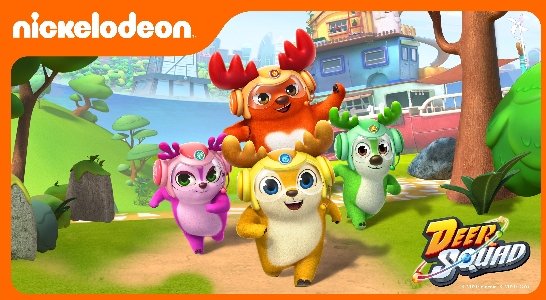 This is a typical children’s show. The characters are deer, but they live in a town like people. They have super powers that remind me a little bit of Power Rangers. Since it’s a show for young kids, they teach many lessons in the show. In the first episode, the rich human “bad guy” wants to stay in bed all day, so he makes giant sunglasses that block the sun. The Deer Squad have to find a way to get rid of the sunglasses, since their powers come from the sun. They learn the lesson that even though the sun might be annoying some times (such as when it gets in your eyes), it’s important for life.

The Deer Squad protect the animals in Central Forest and the people who live in Platinum City. This seems a lot to ask for deer, but they do have super powers. I’m sure young children will enjoy it.

First Chinese-Originated Nickelodeon International and VIS KIDS collaboration with iQIYI to premiere on Nickelodeon in the U.S. on Jan. 25

NEW YORK—JAN. 13, 2021—Nickelodeon will premiere CG-animated series Deer Squad in the U.S. following a successful run overseas. The result of a partnership between iQIYI, an innovative market-leading online entertainment service in China, Nickelodeon International and VIS KIDS, a division of ViacomCBS International Studios, Deer Squad will premiere on Nickelodeon in the U.S. on Jan. 25, at 9 a.m. (ET/PT) in the preschool block. The series will continue to air regularly weekdays at 9 a.m. (ET/PT).

“We first partnered with iQIYI on the series with a worldwide audience in mind. We’re incredibly proud to see this original preschool series become the first Nickelodeon International global Chinese-originated collaborative project, as we further our commitment to developing kids-first content from around the world,” said Nina Hahn, Head of VIS KIDS and Senior Vice President of International Production & Development for Nickelodeon International.

“Deer Squad is a major breakthrough for iQIYI’s development of original children’s animation, creatively supervised by Nickelodeon International. We appreciate Nickelodeon’s international broadcasting strategy on the show, and it is great news that we have achieved No.1 in viewership in many regions. We hope that there will be more Chinese original animations to go international,” said Yang Xiaoxuan, Vice President of iQIYI and Head of Original Animation and Investment.

Nickelodeon International aired Deer Squad across Asia in August 2020, including iQIYI’s platform in China, and premiered in Australia, New Zealand and the UK later in the year. It was the #1 show in the Philippines amongst kids 2-141, ranked Nick Jr. as the #1 STV channel in Australia among kids 0-4 during Deer Squad premieres2 and averaged +148% in the UK compared to the timeslot benchmark3. The series is scheduled to air in Europe and Africa in March 2021.

Deer Squad is currently in production for a second season.  The show marks the first time for Nickelodeon Asia to partner on a Chinese original from its conception phase.

Nickelodeon, now in its 41st year, is the number-one entertainment brand for kids. It has built a diverse, global business by putting kids first in everything it does. The brand includes television programming and production in the United States and around the world, plus consumer products, digital, location-based experiences, publishing and feature films. Nickelodeon is one of the most globally recognized and widely distributed multimedia entertainment brands for kids and family, available in nearly 400 million households across 170+ countries and territories, via more than 80+ locally programmed channels and branded blocks. Outside of the United States, Nickelodeon is part of ViacomCBS Networks International, a division of ViacomCBS Inc. (Nasdaq: VIACA, VIAC). For more information or artwork, visit http://www.nickpress.com. Nickelodeon and all related titles, characters and logos are trademarks of ViacomCBS Inc.

Introduced in 2018, ViacomCBS International Studios (VIS) is a division of ViacomCBS Networks International that produces content for ViacomCBS brands and platforms, including Paramount+, Nickelodeon, MTV, Comedy Central, Channel 5, Network 10, Telefe and Porta Dos Fundos, as well as for third parties. In 2020, VIS Kids launched to further the expansion of the studio’s global kids content pipeline. The content that VIS produces covers all genres, from preschool to young adult and across live action and animation, as well as soap operas, dramas, short and long-form comedy formats and feature film productions. VIS global sales include original productions, co-productions, formats sold for local adaptations, and sale of ready-made content. 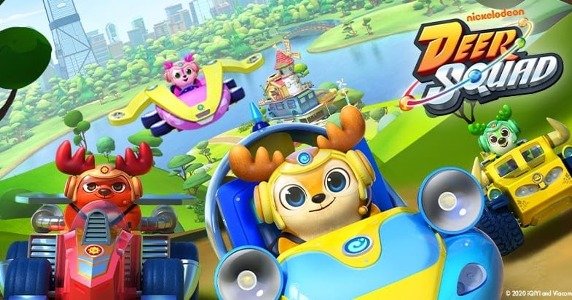