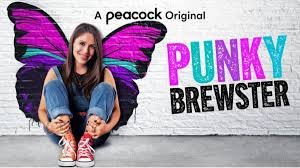 I was excited to watch the new Punky Brewster show now streaming on Peacock because I used to watch the original show…it was one of my favorite shows that I watched with my dad. I don’t expect much for reboot shows because very few of them can remain true to the original show and add a fresh update and keep my interest. The only other show that managed to do that in my opinion, although it had a slow start in its first season, was Fuller House on Netflix. Punky Brewster on Peacock does however manage to have an update that makes sense and the cast is great and the show is well written. Punky is now a recently divorced mother of three who still has feelings for her husband Travis (Freddie Prince Jr). Punky was a famous photojournalist who became a special occasion photographer because she wanted to spend time with her kids. Punky’s best friend Cherie (Cherie Johnson) now is the director of the orphanage where Punky lived until Henry became Punky’s foster father and eventually adopted Punky.

Punky has three children Hannah (Lauren Lindsey Donzis) Diego (Noah Cotrell) and Daniel (Oliver de Los Santos) Punky feels her life is a mess right now since she is trying to figure out how to be a divorced mom and handle the work/life balance. Cherie asks Punky to keep one of the little girls from the orphanage Izzy (Quinn Copeland) at her house for two weeks while she gets the paperwork together for her to have a couple foster her. Cherie is afraid that Izzy will run away from the orphanage before she can get the papers ready.

I really enjoyed this show. It is rated PG and I do suggest parents watch it with their kids because it deals with topics like drug abuse and child abandonment so your children may have questions for you. I think this show will be a hit for Peacock and it is worth watching because although it is modern it has the feel of a classic 80’s sitcom. I give this show a 5 out of 5 stars.

Watch Punky Brewster, the continuation of the 80s sitcom. Punky Brewster (Soleil Moon Frye) is now a single mother of three trying to get her life back on track when she meets Izzy (Quinn Copeland), a girl who reminds her of her younger self. History repeats itself as Punky welcomes Izzy into her family with the help of her childhood friend Cherie and her love interest Travis (Freddie Prinze Jr). Upon the return of her long-lost mother, Punky must navigate the identity issues that link her past and her future. 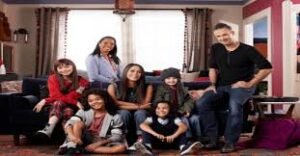