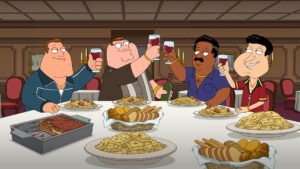 Mila Kunis (Meg) stars in a new movie “Luckiest Girl Alive,” which airs on Netflix and in theaters. She appears Wednesday, 10/19 on “Jimmy Kimmel Live” on ABC.

Seth Green (Chris) has a new film coming out, “Changeland.” He does voices in the animated series “Guardians of the Galaxy” and the upcoming “Star Wars: Detours.” He also still makes “Robot Chicken” for Cartoon Network.

Seth MacFarlane appears in the new Showtime miniseries “The Loudest Voice” and stars in “The Orville” on HULU. He also still does voices in the show “American Dad” on TBS.

Gary Cole (Principal Shepherd and other voices) stars in “NCIS” Tuesdays on CBS and appears in many shows, including “The Good Fight,” “Chicago Fire”, and an animated Netflix series called “Trolls: The Beat Goes On!”

Lacey Chabert (ex-Meg) has a bunch of movies coming out. 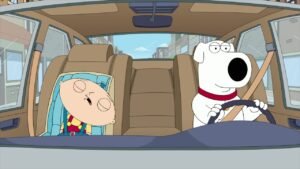