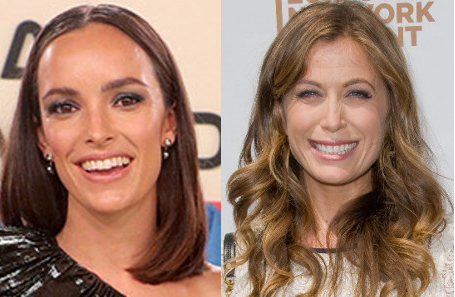 This was a fun interview. I was glad to interview these two women as well as the other two from the show. I didn’t get a lot of time with them, but it went very well.

Suzanne: Sonya, you’ve done a lot of TV and movies. What was it about this show that you felt was different than your past projects?

Sonya: I didn’t honestly know a lot about the show when I signed up. I auditioned for the role of Molly with, I think it was, three sheets of paper, one scene. It was a scene from – I can’t even remember. Anyway, it was a great scene, and it was a scene with Joe [Kinnaman]; we were already in the rocket. It was a world I knew nothing about. I knew nothing about NASA. The idea of playing an astronaut felt thrilling.

There was also an aesthetic element too. I just finished doing The Catch. I did two seasons of that, which was an incredibly glamorous show, high lip gloss, shiny heels I couldn’t move in, lots of pencil skirts. It was great. It was a wonderful role, but to suddenly come to this to play someone who, you know, it’s said in capital letters all over the top of these these sides that I was given, “Dress down; this woman pays no attention to how she looks.” It felt great; bring it, fantastic. How fun. That was an element of it, because that was honestly as much information as I had about it.

I mean, I got the role and started shooting two, three days later. So, it was so fast the turnaround. I didn’t have much time to think about, “What is this? What am I joining?” I was also only supposed to be in it for three episodes, and I am talking with you at the end of season two. So, it wasn’t like I knew I was joining something that was going to take up the next two years of my life.

Suzanne: Okay, and I can say this because I’m older than you, but you’re probably one of the few actors in the cast that was actually around in the 80s when this season takes place.

Suzanne: How well do you remember it, and did you think the series did a good job of capturing that time?

Sonya: I think it totally did. I mean, short of having Princess Diana in it, it did everything. We had the shoulder puffs and the big hair and the perms and the headbands, and it was all going on. Yeah, fully, that felt like home, although it didn’t, because England in the 80s is very different to America in the 80s. England in the 80s was still quite depressed and grim, and it always felt like America had, you know, shiny bright things happening, and McDonald’s and milkshakes. America was where I wanted to be in the 80s. So, it’s fun to imaginatively be there now.

Suzanne: Thank you, and Jodi, what are you allowed to tell us about what happens to your character this season?

Jodi: Oh, so little. What can I actually tell you? I mean, there’s a big – I just used this term a second ago, but there’s a big political awakening that happens with her this season. I suppose it’s not a total surprise that this is possible, but certainly not something I think audiences will be expecting of Ellen, who when we meet in season one, there’s something [quite] mild about her, but quite timid and reserved and quiet and studious. By the end of season two, there’s someone really stepping in to try to claim a sense of power and leadership, all in in service of getting to Mars, but still, nonetheless, we meet quite a political animal by the end of season two.

Suzanne: Okay, and congratulations to both you on the show being renewed for a third season. How far ahead did they tell you what’s going to happen to your character? Either of you can answer, or both.

Jodi: I’ve had a quick chat with the writers, but that’s it. They’ll plant a few seeds for us, and then we have to wait for [the] script.

Suzanne: Have they started working on season three, shooting-wise or just writing-wise?

Jodi: Yeah. end of the month. I think they have close to the whole season written, not all, but close to, but they’ll keep writing as we shoot.

Suzanne: I saw an article that was talking about the things that people wanted to know about season two. Do we find out what happened with Pam (Meghan Leathers)? Is there any more about Pam and your [character’s] relationship? Or you can’t say?

Jodi: I don’t know. I wish I could like give you some sort of sign language to point one direction or the other, but I just simply can’t. It’s been scrubbed from my memory.

Suzanne: That’s fair…How did you feel when you found out that they have so much faith in the show that they’re already going on with the third season before the second one even started airing?

Sonya: It’s great. I mean, honestly, working with Apple is fantastic. It’s a company founded on innovation, and it feels like this is such a good fit for that. Our shows is a good match for that. I also feel like there’s such a great cast. It’s such an unusual idea to keep jumping years ahead. I can’t think of many shows that have ever attempted this. It feels brave and thrilling; to get a chance to jump ahead again is wonderful.

Suzanne: Did the pandemic affect the filming at all?

Jodi: Big time. We shot right before finishing season two and then had to come back, kind of as one of the early guinea pigs, in August [or] September to complete season two, and now we will be going back into production.

Suzanne: What precautions do they take? I know they test you a lot.

Sonya: We tested every day. We tested even on our days off. Every single person is masked. We have special entrances and exits so that nobody’s crossing pods. You rehearse in a mask…There’re many, many precautions.

I was incredibly nervous about going back to work in the middle of this. I’ve got two small children; I’ve got an asthmatic husband. It all felt terrifying to me, and yet, I got to work, and I truthfully couldn’t have felt safer. They have implemented everything possible to keep you safe, all of us.

Jodi: No, everything Sonya said and more. I mean, it almost to a degree starts to make set feel like the safest place you can be, to be honest. It’s great.

I was really worried about it feeling like it would be COVID with a side of a TV show, and it really didn’t feel like that. We found a way, and the first few days felt strange and apocalyptic in the way that you would expect them to, but, eventually, you really get into the swing of it. It’s amazing how adaptable we all are, and by the end of finishing those last two episodes, it was making a TV show with a side of COVID, rather than the other way around. So, the work felt protected.

Jodi: I think we’d continue on as we have, but I don’t [know] – none of us have – I haven’t been vaccinated certainly, and I don’t think there’s a plan to do that before we shoot. We’ll continue on as we did successfully in August and in September.

never ended. The series presents an aspirational world where NASA astronauts, engineers and their families find themselves in the center of extraordinary events seen through the prism of an alternate history timeline — a world in which the USSR beats the US to the moon.

Season two of the space drama picks up a decade later in 1983. It’s the height of the Cold War and tensions between the United States and the USSR are at their peak. Ronald Reagan is President and the greater ambitions of science and space exploration are at threat of being squandered as the US and Soviets go head to head to control sites rich in resources on the moon. The Department of Defense has moved into Mission Control, and the militarization of NASA becomes central to several characters’ stories: some fight it, some use it as an opportunity to advance their own interests, and some find themselves at the height of a conflict that may lead to nuclear war. New stars set to join Joel Kinnaman, Michael Dorman, Sarah Jones, Shantel VanSanten, Wrenn Schmidt, Jodi Balfour, Krys Marshall and Sonya Walger in the second season include Cynthy Wu, Coral Peña and Casey W. Johnson.

The ten episode second season will debut globally on Friday, February 19, 2021, followed by one new episode weekly, every Friday, exclusively on Apple TV+. 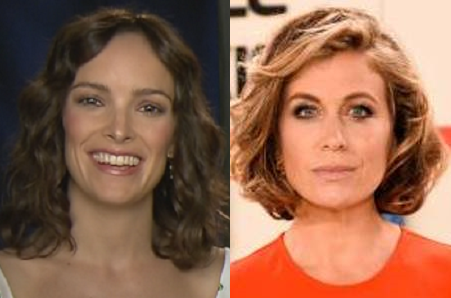