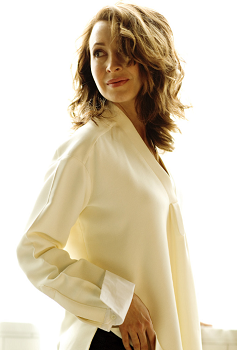 This was an interview done by email. We’re always glad when an actor takes the time to type their own answers to our questions because it’s less work for us! As you can see, her answers are very kind and professional.

1. I see that you grew up in Queensland, Australia. What was that like?

It was a very sheltered and “go outside and play” childhood in rural Queensland. I had a wonderful community and big family, but I knew at a young age I would need to leave for a bigger city to pursue my dreams of being an actor.

2. I read that you grew up in a family of actors. What was it like growing up with your family and did you know from a young age that you also wanted to act?

I knew that I wanted to dance from a young age and imagination and play were always a big part of my childhood. I was usually deterred from pursuing a career in the arts by those who knew how challenging a career it can be, but I knew in my heart that’s what I wanted, so I went for it!

3. I saw your first production was as Louisa in The Sound of Music. What was it like being in your first stage production?

Thrilling! I loved the collaboration, creativity and community of making theatre together. I was absolutely hooked!

4. When you first started acting, did you plan to act in all venues, theatre as well as TV and movies? How is it different to act on stage in theatre versus acting on a television show?

When I first started I didn’t know what was possible. I wasn’t focused on one particular medium. But after getting some experience, I knew that I wanted to work both on screen and on stage. The big difference is that on camera, the camera is your audience, on stage your audience is further away. Plus in theatre, the audience reaction is immediate and in real time (no second takes!)

5. You are returning as Florence Blakely in Season 8 of When Calls The Heart. What drew you to accepting this part?

I was really wanting to do an ensemble show that focused on women and the important and deep friendships of that sisterhood. I thought WCTH was that project.

6. What do you enjoy most about your character Florence Blakely?

I enjoy that she is a character who is always “doing” something. She doesn’t wait for things to happen to her – she takes action!

7. What has been your biggest challenge in playing the part of Florence Blakely?

Florence is quite a different person than Loretta, so finding those elements that are different and not playing them as a characature can be a challenge, but I feel that I ‘know’ Florence well now, so it comes a little easier after 8 seasons 😉

8. What is it like playing with the other actors in When Calls The Heart? Do you have relationships/friendships off set?

It’s great! We have a shorthand after so many years of playing together and it’s a real collaboration. And yes, behind the scenes we have our own little “hope valley” style community in real life. It’s a real gift in my life.

9. I saw where Florence will go through a physical and emotional transformation? Can you tell me more about that and what it involves?

You will have to watch as I can’t give any spoilers, but I will say that we will see some sides to Florence this season that we haven’t seen before.

10. What has been the funniest thing you have had happen on set?

I couldn’t pick one! There’s lots of laughter on set. It’s a fun group.

11. I saw where you will be appearing in “A Picture Perfect Wedding” later on, can you tell us a little bit about that movie?

Photographer Lindsey gets asked by a New York mogul’s son, Josh, to shoot his sister’s wedding. Sparks fly as Josh and Lindsey prepare for the ceremony, but as the big day arrives, what will their hearts decide? I play the villain in the movie “Maxine Bower-Smythe”.

12. Any other upcoming projects you can discuss?

The Sinners, a thriller/horror movie on VOD now!

13. I understand you founded your own theatre company. Tell me more about that.

I love theatre and have been deeply impacted by it over the years. I want to share the respect and love of theatre I have with others which is why I started Kindred Entertainment.

14. If you could pick any actor/actress to co-star with, who would you pick and why?

There’s too many to choose from! But I’d love to work with Emma Thompson as I love her authenticity and how she speaks about being a woman and an actor.

15. What piece of advice would you give to someone with a desire to act either on stage or on TV/movies?

Go for it! Study – take great acting classes, build a community, care for yourself and get ready for a marathon (not a sprint) Believe in yourself no matter how many “no’s” you get – good things will come your way! 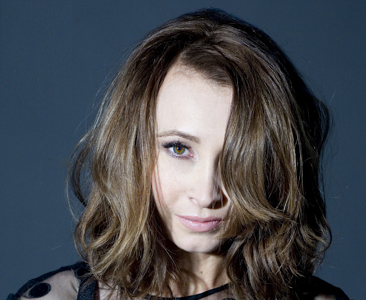 Born and raised in rural Queensland Australia, Loretta Walsh has enchanted audiences since a young age. She comes from a family of actors, and wanted to pursue acting as a career after playing “Louisa” in her local town’s production of “The Sound of Music”. Soon after discovering her love for the art she landed a small part in the tv series “Water Rats” playing a hostess of a swingers club. Loretta’s unique ability to transform and emobody a vast array of characters keeps audiences on their toes – this year will be no exception with her upcoming projects.

This year audiences will see Loretta return as Florence Blakeley in season eight of Hallmark’s “When Calls the Heart” which premiered February 21st. This season reveals new sides to Florence that #hearties haven’t seen before as she goes through both a physical and emotional transformation. Loretta will also appear in a supporting lead role as the villainous Maxine Bower-Smythe in the upcoming film A PICTURE PERFECT WEDDING, premiering later this year.

Loretta has worked on numerous TV shows and films including CW’s “Batwoman”, Netflix’s “A Series of Unfortunate Events”, A&E’s “Bates Motel” and the award winning teen thriller film THE SINNERS (aka The Color Rose).

Along with captivating audiences in film and TV Loretta has made an inprint in theatre, not only founding her own theatre company Kindred Entertainment, in Vancouver but appearing on various stages in a wide array of productions.

Loretta loves the variety and range of roles she has been privileged to play over the years and is motivated to represent women on screen and their stories that are surprising, complicated and imperfectly human.

SERIES: WHEN CALLS THE HEART 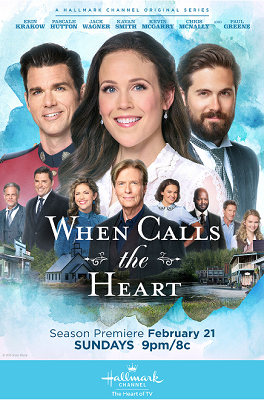 ABOUT THE SERIES: More surprises and challenges are in store for the residents of Hope Valley. Elizabeth’s relationships with Nathan and Lucas continue to deepen, Faith and Carson must make choices about their future, a new family arrives to town, Lee and Rosemary get some unexpected news, Bill is asked to return a prized possession and the whole town joins in the excitement as another wedding takes place.

ABOUT THE FILM: Photographer Lindsey gets asked by a New York mogul’s son, Josh, to shoot his sister’s wedding. Sparks fly as Josh and Lindsey prepare for ceremony, but as the big day arrive, what will their hearts decide?

Get to Know Loretta

My favorite movies when I was a kid – tied for SOUND OF MUSIC and GREASE. I wanted to be Olivia Newton John or Julie Andrews.

I love to travel….most favourite vacation was to Positano in Italy. Favorite place in the world – the beach – Noosa, Australia.

I love fashion and getting dressed up, but I put high value in being cozy (think Uggs, slippers, cashmere sweaters and pajamas 😉
I am fascinated by (and terrified of) sharks….
I have been skydiving.

Loretta has many different jobs apart from being an actor including.…. at KFC, being a nanny, a bartender, a teacher, a producer, working in events, a wine company rep, worked for an airline, a temp, a tour director, worked ONE night as catering staff….tough gig!
If I wasn’t an actor/producer, I would like to be a social worker ……or a puppy cuddler 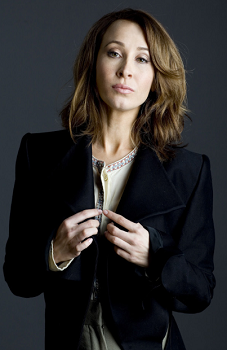