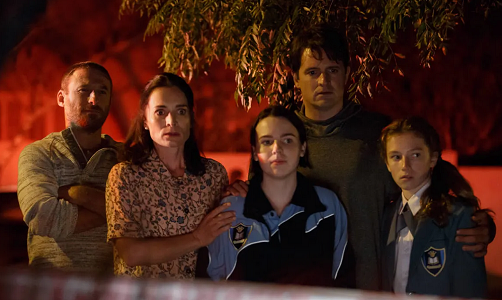 This is a five-part drama from New Zealand. It aired in 2019 but is new to us here in the U.S.  A woman is murdered in an affluent suburb, Remuera (near Auckland). Most of the show centers on two brothers, Simon and Ford. Simon is a respected doctor with a family. Ford is his brother, who hasn’t amounted to much. Simon is having an affair with another woman who lives nearby, and the murdered woman was his patient. Also, Simon’s family has donated money to a politician who appears to be the next Prime Minister. He’s popular, but his wife is not.  The two brothers grew up in a horrid family and have worked to overcome their pasts.  Now that’s threatened by this murder investigation.

Like most of these types of dramas, everyone has a big secret. First they tell us, little by little, about the characters and the secrets, and then it will show us the investigation. I hope it won’t be too disappointing. It’s off to a good start, judging just from the first episode. I definitely want to see what happens next.

There are deep-rooted secrets in every family. Based on a series of books by award-winning New Zealand author, Charlotte Grimshaw, The Bad Seed tells the story of two brothers who have raised themselves from the desperate days of their early childhood, only to have their newly ordered lives begin to fall apart when one becomes a suspect in a murder and the police investigation draws the household into a hurricane of scandal. All five episodes of The Bad Seed will be available to binge on Thursday, April 29 via Sundance Now and the AMC+ streaming bundle.

Simon Lampton (Matt Minto, Shortland Street, The Blue Rose), a respected obstetrician, has a lovely home in Herne Bay with two daughters and a beautiful wife, Karen (Jodie Hillock, The Inland Road): a well-organized mother and pillar of their community. Older brother Ford Dean O’Gorman, The Hobbit, Trumbo), once estranged and still rough around the edges, is staying in the spare room and appears to be the only outward disruption to Simon’s controlled life. But Simon has a secret– he’s having an affair with a beautiful young woman from one of Auckland’s seediest suburbs. When Julia Stevens, the Lamptons’ neighbor, is murdered in her own home, Detective Marie Da Silva (Madeleine Sami, Super City) starts focusing on the Lampton household, and Simon’s attempt to cover up his affair begins to unravel his carefully constructed life.

To add pressure, Roza Hallwright (Chelsie Preston Crayford, Underbelly), the wife of the soon-to-be next Prime Minister (Xavier Horan, West Side), has decided to make the Lamptons her best friends, ostensibly because Simon has contributed funds to her husband’s campaign, but she too has a secret that involves the Lamptons. As Detective Da Silva digs further, Simon’s world starts to crumble. But it’s going to take more than spadework to uncover that this fall from grace is no accident, rather a careful unpicking by someone Simon thinks he can trust.

The Bad Seed was produced by South Pacific Pictures for TVNZ 1, New Zealand. The series won for Best Script: Drama at the 2019 NZ TV Craft Awards.

Episode 1 – Simon Lampton is a successful obstetrician who looks like he has the ideal life, but everything begins to unravel when neighbor and former patient, Julia Stevens, is brutally murdered and Simon’s dysfunctional childhood comes back to haunt him.

Episode 2 –Simon begins to lose it emotionally as police pressure intensifies and his personal life crumbles. Ford helps and hinders his brother and Roza courts the Lampton family before dropping a

Episode 3 – Roza finally confesses her secret to David. Karen’s had enough of Simon’s lying and kicks him

out. Ford and Simon are forced to confront their violent father.

Episode 4 -Karen and Roza declare war. Roza has an emotional breakdown and overdoses. Simon is

suspected of the murder of an investigative journalist and Ford manipulates Simon’s misfortune.

Episode 5- Simon has a realization about the murder but can’t convince the cops. Roza has a double 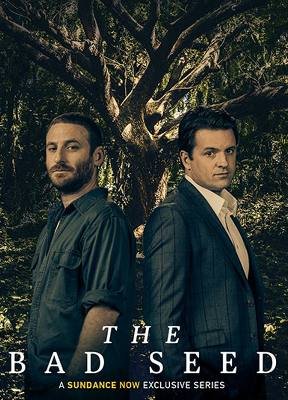