It was great to speak with Ms. Braga. She was very chatty and kind.  I hope you enjoy this interview as much as I did.

Teresa Mendoza, “Queen of the South” 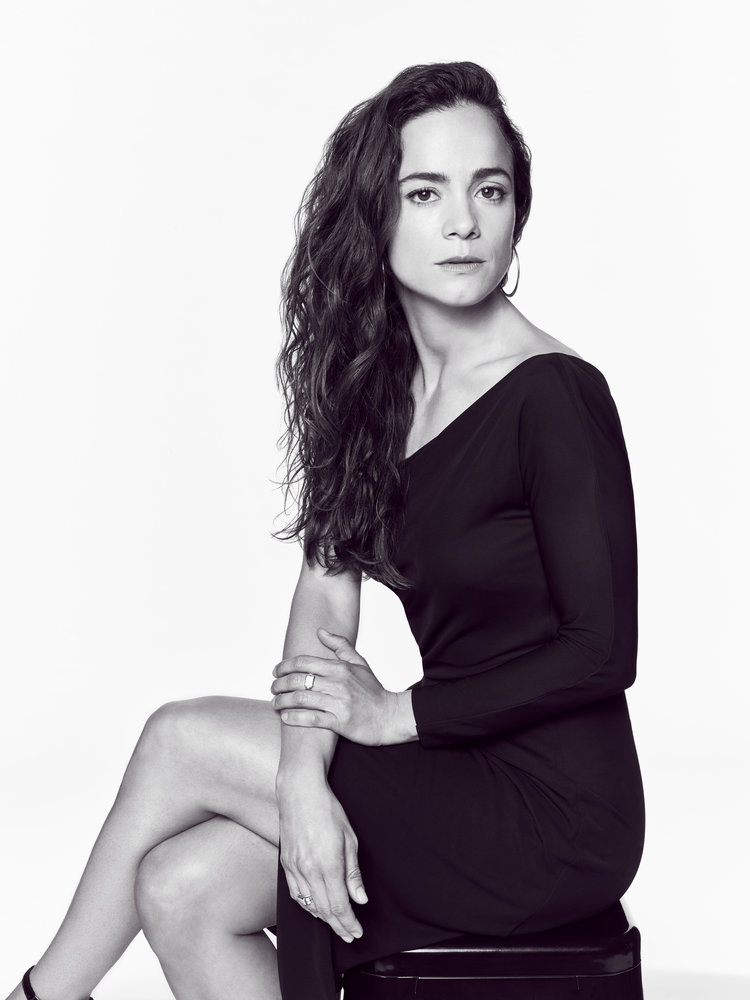 In her television debut, Alice Braga (“City of God”) stars as Teresa Mendoza in USA Network’s newest drama, “Queen of the South.”  This adaptation of Arturo Pérez-Reverte’s best-selling novel, La Reina Del Sur, follows Teresa’s journey as she learns the tools of the trade and positions herself as the leader of the very drug cartel that had her on the run.

Next, Braga will be seen in Kieran-Darcy Smith’s “By Way of Helena” co-starring opposite Woody Harrelson and Liam Hemsworth.  She will also appear in Stuart Hazeldine’s “The Shack,” alongside Sam Worthington, Octavia Spencer and Tim McGraw.  Braga was last seen in the Neill Blomkamp’s futuristic drama, “Elysium,” opposite Matt Damon, Jodie Foster and Sharlto Copley.   Additional recent film credits include Walter Salles’ “On the Road” alongside Kristen Stewart, Kirsten Dunst, Amy Adams and Garrett Hedlund and based on the book by Jack Kerouac; Mikael Hafstrom’s thriller “The Rite” opposite Anthony Hopkins; Miguel Sapochnik’s thriller “Repo Men” opposite Jude Law and Forest Whitaker; as well as Nimrod Antal’s science fiction film “Predators” opposite Adrien Brody.

In 2008, Braga had three films. “Blindness” in which she re-teamed with director Fernando Meirelles and starred opposite Julianne Moore and Mark Ruffalo; as well as David Mamet’s “Redbelt” which followed the life of a Jiu-jitsu master, played by Chiwetel Ejiofor and co-starring Emily Mortimer; and finally Wayne Kramer’s film “Crossing Over,” in an ensemble cast led by Sean Penn and Harrison Ford.  Prior to this, Braga starred in the blockbuster success film, “I Am Legend,” opposite Will Smith.

Other film credits include Heitor Dahlia’s “Drained” (O Cheiro do Ralo) opposite Selton Mello; Eric Eason’s “Journey to the End of the Night,” featuring Mos Def and Brendan Fraser; Carlos Bolado’s “Only God Knows” (Sólo Dios Sabe), opposite Diego Luna; as well as the riveting drama “Lower City” (Cidade Baixa) about the dangers of a love triangle.  For her performance, A.O. Scott of the New York Times hailed Braga as “one of the most forthrightly and powerfully sexual screen actresses in the world.”

Braga is fluent in Portuguese, Spanish and English.

QUEEN OF THE SOUTH tells the powerful story of Teresa Mendoza (Alice Braga), a woman who is forced to run from the Mexican cartel and seek refuge in America, and her eventual rise to power over her own drug trafficking empire. The original drama series is based on the global best-selling novel “La Reina Del Sur,” by internationally acclaimed author Arturo Pérez-Reverte. The literary page-turner also yielded a popular super series for USA’s sister network, Telemundo.
Facebook: /QueenOnUSA
Twitter: @QueenOnUSA
Instagram: @QueenOnUSA
Hashtag: #QueenOfTheSouth