Where to see your favorite “The Flash” stars, past and present! 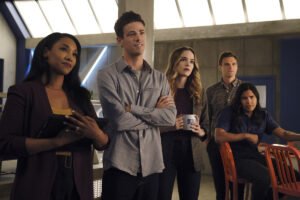 Jesse L. Martin (Joe) has 3 movies coming out, including “Sexual Healing,” where he stars as Marvin Gaye.

Brandon McKnight (Chester) is working on the film “A Hundred Lies.”

John Wesley Shipp (Henry) guest-stars on the 9th episode of this season’s “Stargirl” on The CW 10/5 and is working on a new movie, “Climbing Life.” He appears at Tidewater Comicon May 14-15, 2022 in Virginia Beach, VA. More Info

Stephanie Izsak (Daisy) has 6 movies in the works.

Franz Drameh (Firestorm) appears in a new TV series “The Edge of Sleep” and has a new movie in the works, “Twist.”

Tom Felton (Julian) has 4 new films in the works.

Keith David (Solovar) has many movies coming out and does voices in two animated series, “Final Space” on Adult Swim and “Amphibia” on the Disney Channel.

Isabella Hofmann (Clarissa) has 4 movies coming out this year.

Tobin Bell (Savitar) has many films coming out and appears in the horror podcast “The Gloom.”

Clancy Brown (General Eiling) voices Mr. Krabs in “SpongeBob Squarepants” and in the upcoming spinoff series “The Patrick Star Show.” He also appears in the movie “Last Looks” and in the new “Dexter” TV series in July.

Richard Brooks (Warden Wolfe) stars in the web soap “The Rich and the Ruthless” on Bet+, and appears in “Good Trouble” on Freeform, and in the upcoming NBC series “Echo.”

Wentworth Miller (Captain Cold) had a recurring role this year on “Law & Order: Special Victims Unit.” We don’t know if he’ll be back next year or not.

Dominic Purcell (Heatwave) stars in “DC’s Legends of Tomorrow” Sundays on The CW. He has two movies coming out this year as well.

Caity Lotz (Sara) stars in “DC’s Legends of Tomorrow” Sundays on The CW.

Brandon Routh (Ray/Atom) has a recurring role on “The Rookie” on ABC.

Melise Jow (Linda) does the voice of Kate in the animated series “Invincible” on Amazon Prime.

Victor Garber (Martin) stars in the Canadian series “Family Law” on Global and has a recurring role on “The Orville” on HULU.

Robbie Amell (Ronnie) stars in “Upload” on Amazon Prime and has 3 movies coming out.

Stephen Amell (Oliver) stars in the series “Heels,” which will premiere on August 15, 2021 on Starz. Both Amell brothers are working on the sequel to their film, “Code 8.”

Emily Bett Rickards (Felicity) has a new movie coming out, “We Need to Talk.”

Katie Cassidy (Laurel) has 2 new movies in the works.

Vanessa Williams (Francine)  has a recurring role on “9-1-1” Mondays on FOX and appears appears Tuesday, November 30 on “The Today Show” on NBC to discuss being a judge on “Queen of the Universe,” which premieres 12/2 on Paramount+.

Shantel VanSanten (Patty) stars in “For All Mankind” on AppleTV+ and has a recurring role on “FBI” Tuesdays on CBS.

Michelle Harrison (Nora) has two movies in the works.

David Sobolov (Grodd) plays Drax in the “Guardians of the Galaxy” movies.

Chris Klein (Orlin) has a new movie in the works, “Intensive Care.”

Kim Engelbrecht (The Mechanic) appears in the CW series “Bulletproof” and in a new South African series “Reyka.”

Tony Todd (Zoom) has over a dozen movies in the works, including comic book movie “Hellblazer” and the new version of “Candy Man” (He starred in the original in 1992).

Neil Sandilands (Clifford/The Thinker) appears in “Sweet Tooth” on Netflix as the villaneous General Abbot and has 2 movies coming out.

Sendhil Ramamurthy (Ramsey) does voices in “Cleopatra in Space” on Peacock.

Katee Sackhoff (Amunet) does voices on “Robot Chicken” on Adult Swim. She appears at the Calgary Expo April 21-24 at Stampede Park in Calgary, Alberta, Canada. More Info and at Fan Expo Cleveland, April 29-May 1, 2022 at Huntington Convention Center of Cleveland. More Info

LaMonica Garrett (The Monitor) stars in “Delilah” on OWN and will appear in the series “The Terminal List” on Amazon Prime.

Liam McIntyre  (Mark Mardon) does voices on “Family Guy” Sundays on FOX and will do the voice of Aquaman in the new DC animated movie “Justice Society: World War II.”

Susan Walters (Carla) appears in the Freeform series “Good Trouble.” She appears regularly on “The Young and the Restless” weekdays on CBS and appears Wednesday, 8/17 (Re-run from 4/18/22) on “The Talk” on CBS.

Mark Hamill (James Jesse/Trickster) does voices in 2 animated series, “Invincible” on Amazon Prime and “Masters of the Universe: Revelation,” which premieres on Netflix July 23. He also has 2 other films in the works.

Chris Wood (Mon-El) and Tony Todd also star in the animated series “Masters of the Universe: Revelation” which begins on Netflix July 23, 2021.

Sugar Lyn Beard  (Becky) does a voice on the Syfy TV series “The Pole” and has 2 movies in the works.

Paul McGillion (Earl Cox) appears in “Firefly Lane” on Netflix and in a new movie “Day to Night.”

Peyton List (Lisa) has a recurring role on “The Rookie” Sundays on ABC and in “Charmed” on The CW. She also does a voice on “Blade Runner: Black Lotus.” She also has a new movie coming out, “Spinning Gold.”

Chad Rook (Clyde Mardon) has 5 new movies in the works, plus one miniseries and the TV series “Joe Pickett” on Spectrum.

BD Wong (Godspeed)  appears in “Awkwafina Is Nora from Queens” on HULU and in the HBOMax animated series “Gremlins: Secrets of the Mogwai” as well as two new movies.

Danny Trejo (Breacher) has many movies coming out in the new few years, and he does voices on some animated series. He appears on “The Talk” Thursday, 6/30 on CBS. 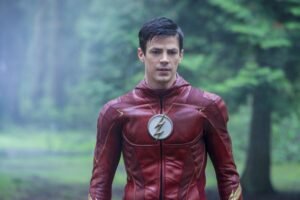