Where you can see your favorite actors! 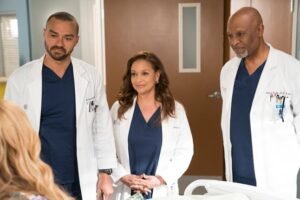 Here is where we’ll put any upcoming appearances we hear about the Grey’s Anatomy and Private Practice actors on talk shows, live appearances, other shows, movies, etc.

Frankie Faison (ex-William Bailey) is part of the cast of “The Rookie: Feds” on ABC Tuesdays.

Jesse Williams has 3 movies coming out.

Tim Griffin (ex-Ronny) has a few movies coming out

Abigail Spencer (ex-Megan) stars in an upcoming movie, “One Heart.” She has a recurring role on “Rebel” Thursdays on ABC.

Katherine Heigl stars in a new series “Firefly Lane” on Netflix and in the new miniseries “Woodhull.”

Taye Diggs (ex-Sam) stars in the series “All American” Wednesdays on The CW and has many new movies coming out this year.

Sandra Oh (ex-Cristina) does the voice of Deborah Grayson on “Invincible” on Amazon and has 3 movies coming out this year.

James Pickens Jr. has a recurring role on the new “Roseanne” revival on ABC (now called “The Connors”). He also has a new series in production called “Kick”.

The “Grey’s Anatomy” spin-off “Station 19” airs Thursdays after “Grey’s” on ABC, and they have many cross-overs from the “Grey’s” actors.

T.R. Knight (ex-George) appears in “The Comey Rule” on Showtime and in “The Flight Attendant” on HBO Max.

Tessa Ferrer (ex-Leah) has a lot of new films coming out in the next two years.

Leven Rambin (ex-Sloane) appears in the new WGN series “Gone.” More Info We don’t know if or when the series is returning because of changes in the network. It hasn’t yet been official canceled, though. She has 2 new movies coming out.

Jeffrey Dean Morgan stars in “The Walking Dead” Sundays on AMC and in many movies.

Jesse Williams and many other celebrities star in this campaign ad. He appears Tuesday, March 29 on “The Today Show” on NBC.

Eric Dane appears in “Euphoria” on HBO and has movies coming out.

Kate Walsh (ex-Addison) stars in “Emily in Paris” on Netflix and also has a recurring role in “The Umbrella Academy” this season on Netflix.

Hector Elizondo (ex-Carlos) has some new movies coming out and a recurring role on “B Positive” on Thursdays on CBS.

Audra McDonald (ex-Naomi) stars in “The Good Fight” on CBS All Access. 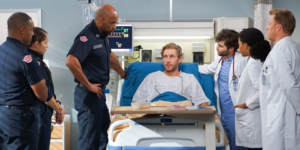