Meredith Grey (Ellen Pompeo) Meredith is the central character and narrates most of the shows. She began as an intern and is now a resident. She has had an off and on romance with Derek Shepherd, and they finally got married by post-it note. She calls herself “dark and stormy,” mostly due to issues with her alcoholic absent father who she feels abandoned her many years ago. She also had difficulty reconciling her mother’s long-term affair with Chief of surgery Richard Webber. She is best friends with Cristina Yang and they refer to each other as “my person.” She has a half sister named Lexie and she had difficulty accepting her when she first came to Seattle Grace Hospital, but they have slowly grown closer. 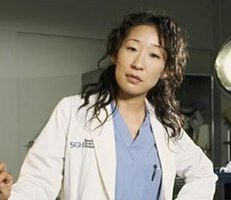 Cristina Yang (Sandra Oh) Cristina is a cardiothoracic surgery resident who is an overachiever. Her life revolves around surgery and she has been known to put surgery before the relationships in her life. She is best friends with Meredith Grey. For some time, she had a serious relationship with Preston Burke but he left her on their wedding day. She is currently in a relationship with Owen Hunt. He had a relationship with Teddy Altman in Iraq and there is a bit of a love triangle between the three. Cristina offers to give Owen to Teddy in order to scrub in on surgery with Altman as her teacher. She later works through this with Owen.

Derek Shepherd (Patrick Dempsey) – He was originally the head of neurosurgery but took over as chief of surgery when Dr. Webber was “demoted” due to his alcohol issues. He was nicknamed “McDreamy” by the girls. He came to Seattle Grace to get away from his ex-wife Addison, who cheated on him with his best friend Mark Sloan. He began an on-and-off-again relationship with Meredith and they recently ended up marrying by post it note. He has been having issues with Webber since he went to the hospital board about Webber’s drinking problem, resulting in his demotion. They have been able to come to a truce and appear to be helping each other through their trials in their new positions.

Alex Karev (Justin Chambers) – Alex grew up in an unstable home. He continuously had to protect his mother from his father, who was abusive. He had numerous flings with different women at Seattle Grace Hospital until he met a patient named Ava. She came in with amnesia and he took care of her, eventually falling in love. Ava left and later spent some time in a mental hospital and they end up going their separate ways. He later begins to date Izzie and they got married while she was in the hospital with cancer. After she was let go from Seattle Grace for performing an incorrect procedure on a renal patient, causing her to code and almost die. She then disappeared and left him floundering. He started sleeping with Lexie. Miranda Bailey (Chandra Wilson) – She is the attending general surgeon at Seattle Grace Hospital. She was always supportive to Chief Webber especially because she wasn’t afraid to tell him like it is. She is well-known for her tough and domineering attitude and earned the nickname The Nazi. She comes across as tough but has softened toward the residents as she has formed relationships with them. The long hours spent at work caused problems between her and her husband and they ended up divorcing. Recently she has started to date Ben Warren (Jason George).

Richard Webber (James Pickens, Jr.) – He was the original Chief of Surgery at Seattle Grace Hospital. Years ago, he had an affair with Meredith’s mom (Ellis Grey), and the affair contributes to the tension between him and Meredith at work. He struggled with alcoholism in the past and when Seattle Grace and Mercy West merged, it caused him much stress and he ended up falling off the wagon. Derek Shepherd reported him to the hospital board, and he was subsequently demoted back to surgeon and told to get help for his alcoholism. Shepherd took over as acting chief in his absence and there has been a lot of tension between the two because Webber does not like the way Shepherd has been running the hospital. Being back in the OR reminds him of his love for surgery and he and Shepherd have come to a truce of sorts. Webber has been offering advice on how to deal with the administrative end of the job.

Mark Sloan (Eric Dane) – Mark is the head of plastic surgery. His character ways was a playboy and he even had an affair with Addison Montgomery Shepherd (Derek’s wife), which ruined his friendship with Shepherd for quite some time. The femlales at Seattle Grace nicknamed “McSteamy.”. He started to date Lexie Grey and the relationship turned serious when they decided to move in together. He found out he had an 18 year old pregnant daughter when she showed up on his doorstep, and Lexie had a difficult time adjusting to the thought of “playing mom.” His daughter’s name is Sloan as well and he is excited about being a granddad but Sloan wants to give the baby up for adoption. She ends up leaving without telling him and he really feels the loss. He starts dating Teddy Altman but explains that he doesn’t want a fling, he wants a family, which is opposite of everything he has been up to this point.

Alexandra ‘Lexie” Grey (Chyler Leigh) – She is resident and half-sister to Meredith (same father). She is known for her photographic memory. Initially, she and Meredith did not get along but have slowly grown closer. She dated Mark Sloan for quite some time but it ended when his 18 year old daughter showed up at his door pregnant and moved in with them. He was excited about being a grandfather and began to envision a whole family that Lexie was not ready for. She bolted and took solace in sleeping with Alex Karev, neither of which is looking for anything serious. She found out that Sloan moved on with Teddy Altman and she was upset.

Teddy Altman (Kim Raver) – She is the head of cardiothoracic surgery at Seattle Grace. She knows Owen Hunt from the past because they served together in Iraq. They were in love and she is still in love with him although he is dating Cristina Yang. She is tough on Yang in surgery and has different teaching methods than what we are used to, but Yang wants to scrub in on as many surgeries with her that she can. Yang offered to trade Owen if she would allow her to scrub in on surgery. Teddy told Owen this, causing issues between him and Yang. Currently she is dating Mark Sloan and they are taking it slowly.

Owen Hunt (Kevin McKidd) – He is the head of trauma surgery and Yang’s current boyfriend. He suffers from PTSD (posttraumatic stress disorder) from his time in Iraq and because of this he almost kills Yang when he chokes her in his sleep. Yang becomes afraid of him so he seeks therapy and they are able repair their relationship. He struggles with memories of Iraq and his time with Altman and their relationship. He and Yang have a stormy relationship and it almost ends when she offers to give him to Altman in trade for more surgery opportunities.

Arizona Robbins (Jessica Capshaw) – She is the head of pediatric surgery. She appears calm and able to counsel others through highly emotional situations. She is currently dating Callie Torres and has helped her with ‘coming out’ to her dad, although it doesn’t go well at all. Callie wants kids and she adamantly does not, so this is a point of contention for their relationship.

Calliope “Callie” Torres (Sara Ramirez) – She is an attending orthopaedic surgeon. She got married to George O’Malley but they divorced because he realized he was in love with Izzie. Callie started a relationship with Erica Hahn but it was cut short when Hahn left the hospital over the lack of punishment for Izzie. She has since met Arizona Robbins and they are dating. She “came out” to her dad, who was not happy, but after cutting her off from his money and not speaking to her, he has begun to come around. She and Arizona have discussed children and Arizona vehemently does not want them. Callie is upset and ready to end the relationship because she realizes that she absolutely does want children. Addison Montgomery Shepherd (Kate Walsh) – Former head of OB/GYN and Neonatal Surgery. She was married to Derek Shepherd but they got divorced due to her infidelity with his best friend Mark Sloan. She transferred to Seattle Grace and attempted to get back together with Derek, but she finally realized he was in love with Meredith and ended up leaving Seattle Grace (she is currently on the spinoff show Private Practice). She occasionally makes guest appearances on Grey’s Anatomy.

Isobel “Izzie” Stevens (Katherine Heigl) – Izzie grew up poor and gave a daughter up for adoption when she was 16. She started as an intern at Seattle Grace where she met Denny Duquette, a patient she fell in love with. He needed a heart transplant and he was not going to get one in time, so she purposely cut his LVAD wires, causing him to die. She almost lost her job over this and spiraled into a deep depression. She began dating Alex Karev and their relationship had its ups and downs. She was diagnosed with metastatic melanoma and had to undergo rigorous treatment. They ended up marrying in the hospital and she underwent surgery, surviving the treatment. Once back to work, she accidentally induced hyperkalaemia in a patient slated for renal transplant and therefore lost her job. She left Seattle Grace without a word to anyone, especially her husband Alex and has reappeared occasionally. She and Karev have since separated and she is working at another hospital.

George O’Malley (T. R. Knight) – George is an intern who was originally infatuated with Meredith. They ended up sleeping together and she cried, humiliating him. They were able to get past that and remain close friends. He was always close friends with Izzie as well. He began to date Callie Torres, and they ended up getting married. He began to develop feelings for Izzie, and therefore broke it off with Callie. They attempted a relationship but realized they were better off as friends. He died when he tried to save a girl from being hit by a bus and ended up getting hit instead. 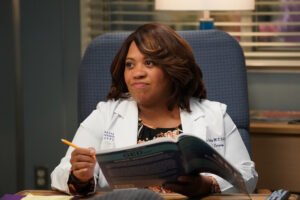