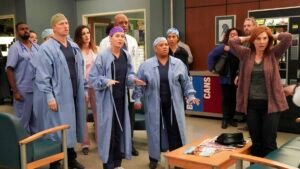 ABC Fall Preview Special- Wednesday, 9/14 The Cast of ‘Home Economics’ Hosts Ahead of the highly anticipated debut of ABC’s fall programming slate, the network invites viewers to enjoy a preview of its primetime lineup, featuring an early look at new drama series “Alaska Daily,” starring Oscar(R) winner Hilary Swank, as well as the latest addition to “The Rookie” franchise led by Niecy Nash-Betts, “The Rookie: Feds.” Plus, audiences can get a taste of what’s coming up on some of their returning favorites, including “Grey’s Anatomy,” as Grey Sloan Memorial Hospital welcomes a new batch of interns; “Bachelor in Paradise,” which hits the beach for another romance-filled fall debut; and seven-time Emmy(R)-nominated “Abbott Elementary,” among many others. Hosted by the cast of “Home Economics” (Topher Grace, Caitlin McGee, Jimmy Tatro, Karla Souza and Sasheer Zamata) ahead of their season three return, the “ABC Fall Preview Special” is set to air WEDNESDAY, SEPT. 14 (8:30-9:00 p.m. EDT), on ABC.

Taye Diggs (ex-Sam) has a new book, “Why?: A Conversation about Race.”

Will Sandra Oh ever return?

Scrubbing Back in! Everything We Know So Far About Season 18 of ‘Grey’s Anatomy’

Calling all ‘Grey’s Anatomy’ fans: You can make money by watching all 17 seasons

Amelia Shepherd’s Transformation Over The Years

Will Grey’s Anatomy Season 18 be the last? 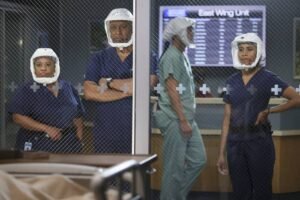