Where to find your favorite GH actors! 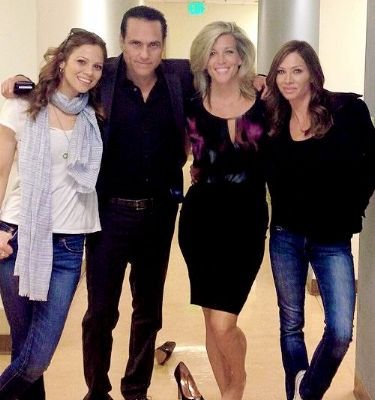 Scarlett Fernandez (Charlotte) appears in “Avatar 2,” out later this year.

Aki Aleong (ex-Mr. Wu) has many films coming out.

Tristan Rogers (Robert) is working on a new film, “Kid With a Cape.”

Ryan Carnes has 5 new movies coming out within the next 2 years.

Ilia Volok  (ex-Andrei) has quite a few new movies coming out.

Donnell Turner (Curtis) has a new film coming out, “Time In Between.”

Lisa LoCicero (Olivia) has a couple of movies coming out.

Ronnie Marmo  (ex-Ronnie) has a bunch of new movies coming out.

Kevin Bernhardt (ex-Kevin) is a TV- and screen-writer now and has several films coming out.

Matthew Ashford (ex-Tom) has been working on a bunch of movies.

Cynthia Watros (Nina) is working on a new film, “The Goose that Laid the Golden Egg.”

A Martinez (ex-Roy) stars in the upcoming films “Symphoria” and “Ambulance.”

Robert LaSardo (ex-Manny/Father Mateo) has many new movies coming out in the next few years.

Jeff Kober (ex-Cyrus) has a new movie coming out, “Topology of Sirens.”   He guest-stars on a re-run of “NCIS: Los Angeles”  Sunday, June 26 on CBS.

Maurice Benard (Sonny) appears Wednesday, March 30 on “GMA3: What You Need to Know” on ABC. You can see his video podcast “State of Mind” where he talks about mental health issues, answers fan questions and interviews other stars.

Veteran actor Lawrence Pressman, who played a judge on GH, has several movies coming out.

Don Harvey (ex-Tom) and Sebastian Roché (ex-Jerry) both appear in the new movie “Burning at Both Ends.” Roché also appears in “Big Sky” on ABC and has two other movies coming out as well.

Yeniffer Behrens (ex-Marianna/Jacina) has a lot of new movies coming out in the next few years and guest-stars on a re-run of “S.W.A.T.” Sunday, 2/13 on CBS.

Josh Swickard (Chase) appears in a movie, “City Lights,” written and produced by his wife.

Tia Carrere  (ex-Jade) is working on 2 films and a possible TV series. She appears at the Fanboy Expo in Las Vegas, NV April 22-24. More Info

Seamus Dever (ex-Ian) and Marsha Thomason (ex-Gillian) are both working on a new movie, “The Extraordinary Farewell.” She also does a role in “Castlevania” on Netflix.

Emma Caulfield Ford  (ex-Lorraine) has a new movie out, “I’m Chralie Walker.” She was also in the best TV series this past year, “WandaVision,” on Disney+.

James C. Burns  (ex-Vaughn) has a lot of movies coming out.

Cassandra James (Terry) stars in the movie “A Christmas Sunset” on Amazon Prime.

Joe Flanigan (ex-Neil) has a few movies coming out. See below for his MANY personal appearances!

Jeffrey Vincent Parise (ex-Carlos) has a few new movies coming out. He guest-stars on “S.W.A.T.” Sunday, 5/8 on CBS.

James Franco (ex-Franco) completed the movie “The Long Home,” but there is not yet a release date. He has been making headlines because of some sexual misconduct allegations and lawsuits that his lawyers have been settling (although he’s denied any misconduct), so that may be affecting his career.

Annie Ilonzeh (ex-Maya) has 4 movies coming out and appears in the new podcast “The Lower Bottoms” July 20. More Info

Annie Wersching (ex-Amelia) reprises her role on “The Rookie” Sunday 9/25 on ABC.

Amber Tamblyn (ex-Emily) appears Wednesday, 11/16 on “Watch What Happens Live” on Bravo and has movies coming out.

Jacob Young  (ex-Lucky) has some new movies coming out and is joining the 11th and final season of “The Walking Dead” on AMC, which premieres August 13 on the streaming service AMC+ and August 22 on AMC. You can hear him on his regular podcast Real Conversations with Jacob Young. He appears in “My Daughter’s Double Life” Friday, October 1, 8:00PM on the Lifetime Movie Network.

Anthony Montgomery  (André) stars in “The Family Business” on BET. He guest-stars on “B Positive” Thursday, June 2 on CBS.

Teresa Castillo (Sabrina) does one of the voices in the HULU series “Madagascar: A Little Wild.”

Carolyn Hennesy (Diane) appears in “Vanished: Searching For My Sister” Saturday, January 22, 9:00PM on Lifetime. Read Our Interviews with her and with her and others in the cast!

Mark Hamill (ex-Kent) does voices in 2 animated series, “Invincible” on Amazon Prime and “Masters of the Universe: Revelation,” which premieres on Netflix July 23. He also has 2 other films in the works.

Pej Vahdat (ex-Dr.  Litz/Kia) appears in the new TV series “The Old Man” on FX on HULU later this year.

Lindsey Morgan (ex-Kristina) stars in “Walker” on the CW and appears at the Critics Choice Super Awards tonight, Sunday 1/10 on The CW Network.

Erik Valdez  (ex-Trey) appears in “Superman and Lois” Tuesdays on The CW.

Sydney Mikayla (Trina) does voices in “Craig of the Creek” on Cartoon Network and “The Barbarian and the Troll” on Nickelodeon.

Robert Palmer Watkins (ex-Dillon) appears in the AMC series “The Walking Dead: World Beyond” and has a few new films coming out.

Kelly Sullivan (ex-Connie/Kate) has 2 new movies coming out and stars in “Sister with a Secret” Sunday, August 14 on Lifetime.

Gildart Jackson  (ex-Simon) has a  few movies coming out. He also has a recurring role on “The Bold Type” on Freeform and does a voice in “Castlevania” on Netflix as well the voice of Alfred on the video game  “Gotham Knights.”

Nazanin Boniadi (ex-Leyla) will be in the new Amazon Prime “Lord of the Rings” series. More Info She appears Friday, 10/21 on “Tamron Hall.”

Jack Wagner (ex-Frisco) stars in “When Calls the Heart” on the Hallmark Channel. He  appears on “The Talk” Monday, 3/21 on CBS.

Gwendoline Yeo (ex-Dr. Kelly Lee) does voices on the animated Malaysian series “Monkie Kid” and in the series “Star Wars: The Bad Batch” on Disney+.

Ignacio Serricchio (ex-Diego) sometimes does voices on “Family Guy” on FOX.  He will be seen in the first episode of “Firefly Lane” when the show returns for its second season on Netflix later this year.

Jaime Ray Newman (ex-Kristina) stars in the new HULU series “Dopesick” and in the HBO series “The Time Traveler’s Wife.”  She also  stars in the movie, “MK Ultra.”

Minae Noji (ex-Kelly) does voices for the animated French show “Miraculous: Tales of Ladybug & Cat Noir,” which can be seen on the Disney Channel.

Maree Cheatham (ex-Charlene) appears in “The Haves and The Have Nots” on OWN.

Richard Gant (ex-Dr. Ford) has recurring roles on “NCIS: Los Angeles” on CBS and “The Wonder Years” on ABC.

Tequan Richmond (ex-T.J.) stars in the BET series “Boomerang” and in the movie “Blood on Her Badge” on TVOne.

John Stamos (ex-Blackie) appears in the podcast “Wondery’s Snatching Sinatra.” He stars in “Big Shot” on Disney+ an appears Wednesday, 10/19 on “The Drew Barrymore Show.”

Chrissie Fit (ex-Mercedes) stars in the new Comedy Central series “Awkwafina Is Nora From Queens” and in the Hulu series “I Know What You Did Last Summer.” She also appears in the movie “Women Is Losers.”

Penny Johnson Jerald (ex-Debbie) appears in “The Orville” on HULU.

James Patrick Stuart (Valentin) does voices in the animated series “Amphibia” on Disney and “Blaze and the Monster Machines” on Nickelodeon.

Hudson West (Jake) appears in a new anthology series, “Like It Was Yesterday.”

Billy Miller (ex-Drew) stars in the series “Truth Be Told” on the AppleTV+ network. It returns for season 3 this year (maybe in October). He guest-stars on “NCIS” Monday, 10/3 on CBS.

Alyshia Ochse (ex-Cassandra) appears in the movie, “My True Fairytale” and in a new series, “UDrive Me.”

Corbin Bernsen (ex-John) has a recurring role on “The Resident” Mondays on FOX and has a bunch of new movies coming out, including “Psych 3: This Is Gus” on Peacock, reprising his role as Henry Spencer from the “Psych” series. He and Janine Turner (ex-Laura) star in “Taking The Reins” Saturday, September 25, 8:00PM on Hallmark Movie Channel.

Wendy Braun (ex-Iris) appears in the series “Atypical” on Netflix.

Johnny Wactor (Brando) is working on a new series, “Barbee Rehab” and has a few movies coming out as well.

Greg Cipes (ex-J.T.) does voices in many animated shows and has a few movies coming out.

Darby Stanchfield (ex-Amelia) stars in the Netflix series “Locke & Key,” and in the movie “Mosquito.” She appears Monday, October 25 on “Live with Kelly and Ryan”.

Jessica Tuck (Cassandra) stars in “For All Mankind” on AppleTV+ and in the Amazon series “Upload.”

Khary Payton (ex-Terrell) stars in “The Walking Dead” on AMC  and does voices on many different animated series.

Debbi Morgan (ex-Ellen) stars in “BET Her Presents: The Waiting Room” October 9; in the BET+ TV series “Bigger”; and on the FOX series “Our Kind of People” starting Sept. 1.

Wes Ramsey (Peter) has been working on this series, “Sidetracked,” which may or may not get picked up.

Hannah Nordberg (ex-Josslyn) does the voice of Gracy on the Disney series “Fancy Nancy.”

Shaun Cassidy (ex-Dusty) is a writer and consulting producer in the NBC hit show “New Amsterdam.”

Stephen Kay  (ex-Reginald) is a director of TV series and movies, including the upcoming “Origin” movie and the series “Yellowstone” on Paramount+.

ALL DATES SUBJECT TO CHANGE DUE TO COVID-19!

Jonathan Jackson (ex-Lucky) tours with his band as well as acts in movies and TV. Find his appearances on his site.

Ryan Paevey (ex-Nathan) and Gregory Harrison (Gregory) will be appearing here: RomaDrama Live! will be held in Palm Beach, Florida, June 24-26, 2022. This event connects fans to some of the most-loved stars from popular shows and made-for-tv movies on The Hallmark Channel along with best-selling authors and screenwriters. More Information

Our other TV appearances pages! 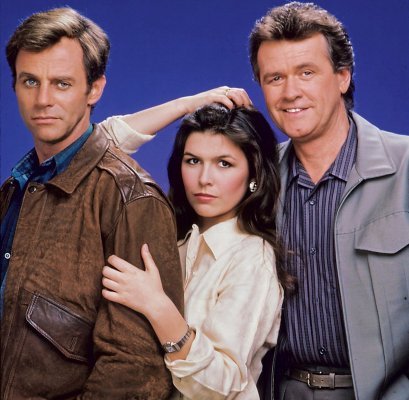