Where to find your favorite “Legends” actors! 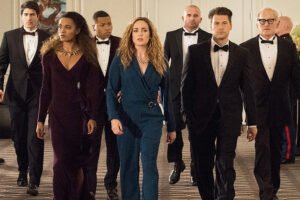 Lisseth Chavez (Spooner) has joined the cast of “The Rooke” on ABC Sundays.

Falk Hentschel (Carter) has quite a few movies coming out.

Brandon Routh (ex-Ray) has a recurring role on “The Rookie” Sundays on ABC.

Matt Letscher (ex-Eobard) was in “Narcos: Mexico” and “The Alienist: Angel of Darkness” in 2020; no word yet on whether he’ll continue in either role.

Victor Garber (ex-Martin) appears in “Family Law” later this year on the CBC and has a recurring role on “The Orville” on HULU.

Morena Baccarin (Gideon) has 3 movies coming out and stars in “Home Invasion” on the Swedish network NENT.

Maisie Richardson-Sellers (ex-Amaya/Charlie) stars in “The Kissing Booth 3,” out later this year.

Arthur Darvill (ex-Rip) appears in the new series “The Sandman” on Netflix. 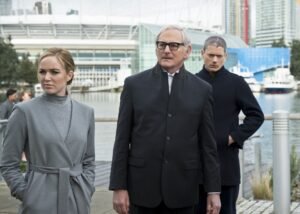