Ray Palmer Ray is super smart, a science prodigy, and also has a lot of enthusiasm. Although he’s very handsome, he was a lonely and bullied geek growing up. He was a successful inventor who became rich. After his fiance Anna was murdered, he developed a super-powered exoskeleton to fight crime. This is how he became The Atom. His technology allows him to fly, and to shrink or to get larger, as well as to shoot blasts. Sara Lance Sara was thought dead and lost at sea, but she ended up in Nanda Parbat and joined the League of Assassins. She was killed but resurrected, saved via the Lazarus Pit. She is the hero White Canary and is in charge of the Legends since Rip left. Mick Rory Mick was a villain, Heat Wave, along with his friend Leonard Snart (Captain Cold). Mick is a pyromaniac (likes to set fire to things) and thief. Mick was recruited to join the Legion but never considers himself a hero. He was captured by the Time Masters and brainwashed into becoming the Time Master Chronos. Mick eventually broke free of his conditioning and is back to normal (more or less). Although he acts dumbs, it’s clear that he’s pretty smart. He just likes to keep things simple. The death of his best friend affected him deeply. Mick has no powers, just a big powerful gun that shoots flames. Like all of them, he’s good at fighting, too. 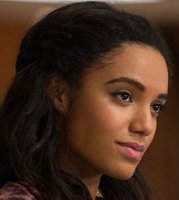 Amaya Jiwe She was part of the Justice Society of America in the 1940’s as Vixen. She chose to join the Legends after she found out that a time traveler killed her lover, Rex. She’s from an African village and was given a magical totem. This gives her the power to call on the power of any animal.

Nate Heywood Nate is a historian who learned about the Legends and enlisted Oliver Queen to rescued them when they went missing. He’s very enthusiastic and, like Ray, a bit of a geek, despite being so handsome. He was a hemophiliac and almost died, but he was injected by an experimental serum that saved him. It also gave him the super powers to give him an instant metal skin when he needs it. He’s now the superhero Steel.

Leonard Snart Like Mick, Snart was a criminal. He was the brains of their operation. He developed a cold ray gun that allows him to freeze things and people. He, too, joined the Legends. He was never as gruff or unsocialable as Mick, and eventually, he sacrificed himself to save the Legends when they were fighting Vandal Savage. He’s come back a number of times from the past. His Earth X counterpart, Leo, has joined the team for a little while. This Snart is gay and a much nicer person, who helps people with their feelings. Zari Tomaz She joined the team in 2042, where she was fighting against A.R.G.U.S. Religion had been banned in that future, and she was part of a Muslim family. The Legends rescued her and persuaded her to join their team. She has an amulet similar to Amaya’s, except it lets her control the air. Zari has been hardened by the loss of her family. She presents a gruff exterior, somewhat like Mick, and is very cynical. 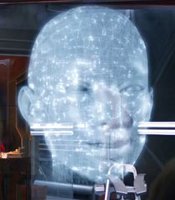 Gideon Gideon is an advanced computer program, or artificial life form. She’s an interactive consciousness programmed to operate the Waverider (the time machine ship that the Legends use). We mostly just hear Gideon’s voice, but sometimes we see this disembodied head. She is very powerful and has done many amazing things. She’s related to the same Gideon that was developed by Barry Allen in the future and used by Eobard Thawne.

Rip Hunter Rip was a Time Master, but when evil Vandal Savage killed his wife and child, he went on a personal mission to stop Vandal and save the world from this evil machinations. This violated the rules set up by the Time Masters, so they tried to hunt him down and kill him. Rip and the Legends ended up stopping the Time Masters and Vandal, but he still lost his wife and child. Rip is basically a hero, but he sometimes acts in his own self interests. He can be very single-minded and sometimes sneaky. He likes to be in control and doesn’t like to let his guard down. He’s a great fighter and can be very ruthless. Sometimes he lets his anger get in the way of his duties. Letting go of his grief has helped him to grow up and become a better person and leader.

Damien Darhk Damien is a merciless killer with a great sense of humor. Even though he is evil, he also is great at justifying his actions for the greater good (as he sees it). He was once a member of the League of Assassins. He lived a long time, thanks to the Lazarus Pit, and built his power and fortune over centuries. He has obtained magical abilities, due to collecting ancient artifacts. He planned to annihilate the world with nuclear weapons after building himself, his family, and people he thought were important, an unground city to survive the nuclear fallout. He was thwarted by the Green Arrow and his friends and killed. Earlier in time, he teams up with Malcolm Merlyn and Eobard Thawne to control reality, and they do for a time, until the Legends defeat them. Damien was resurrected and teamed up with Gorilla Grodd, and his daughter Nora, and the evil Mallus.

Ava Sharpe Ava is a high ranking agent of the Time Bureau. She is very intelligent and ambitious. She doesn’t like the Legends at first but then worked with them to try to defeat Damien Darhk. She admires the Legends, particularly Sara. 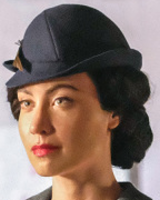 Nora Darhk Nora, who now goes by Eleanor, is the daughter of Damien Darhk and his wife Ruvé Adams. Ruvé and Damien both died in Star City, and Eleanor was adopted by someone else. However, she later joined the Mallus cult and is helping her father (now resurrected) in their plot to rule the world with magic. She has magic as well as the ability to travel through time.

Mallus Mallus is some sort of evil entity that can manipulated time and is feared by everyone. He can possess the bodies of humans and considers himself a God. 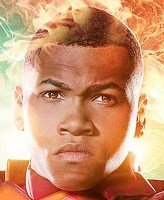 Jefferson Jackson “Jax” Jax is a former mechanic who then became a meta-human, part of the hero Firestorm with Martin Stein. He didn’t want to become a Legend, but Martin forced him to go along. Jax forgave him and the men became very close, like father and son.

Dr. Martin Stein Martin was a professor of physics who developed Firestorm. He became part of Firestorm as a metahuman when the particle accelerator exploded. Martin knows about a great deal of subjects, including history, and he was invaluable during the Legends missions. However, sometimes his ego would get him into trouble. He was not a good leader, the one time he tried, because he had trouble making quick decisions. Martin is very kind and is married to a wonderful woman named Clarissa. They have a daughter named Lily. Martin sacrifice himself on Earth X when all of the superheroes were trying to save everyone from the Nazis. 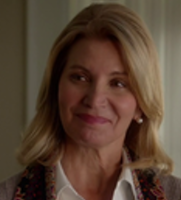