Where the Stars Are 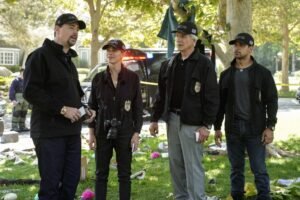 Gary Cole (Lucas, NCIS) does voices on many animated shows, including “Family Guy” and “Bob’s Burgers” Sundays on FOX.

Corey Stoll (ex-Martin) stars in “Pantheon” on AMC+ starting 9/1. He has a few movies coming out as well.

Lauren Holly (ex-Jenny) appears in the Canadian TV series “Family Law” which will start airing on The CW 10/2.

Jamie Lee Curtis (ex-Samantha) has many movies coming out. She has a podcast, “Letters From Camp,” Season 3. She stars in a new movie, “Halloween Ends,” which comes out 10/14 in theaters and on Peacock, and appears appears Friday, 10/14 on “The Drew Barrymore Show.”

Darby Stanchfield (ex-Shannon) stars in the Netflix series “Locke & Key,” and in the movie “Mosquito.”

Veteran character actor Matt Servitto (Captain Estes, NCIS: New Orleans) has a recurring role on “Billions” on Showtime and stars in “Your Pretty Face Is Going to Hell” Friday nights on Adult Swim (Cartoon Network). He also has 2 movies coming out next year.

Rocky Carroll appears frequently on “Entertainment Tonight” as a guest co-host. He appears on “The Talk” Wednesday, 8/24 (Re-run from 3/21/22) on CBS.

Derek Webster (ex-Raymond, NCIS: Los Angeles) has a recurring role on “In the Dark” on the CW Thursdays.

Oded Fehr (Ilan) appears this year in “Star Trek: Discovery” and in “Blood & Treasure” Tuesdays on CBS in 2022.

Marisol Nichols (Zoe) stars in “Riverdale” on The CW and does a voice on “The Loud House” on Nickelodeon.

Alan Dale (Tom) appears in “Dynasty” on The CW. 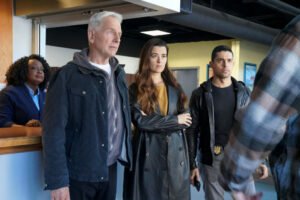 Back to the Main NCIS Page