If you grew up in the 70’s like I did, you might enjoy seeing this documentary series, “Curse of the Chippendales” – just for the old scenes of disco dancers if nothing else. You might also like the “true crime” aspects of it. I had no idea that the Chippendales dancers were tied in to several murders and other crimes. Full disclosure: I’ve never been to a Chippendales club or seen nude dancers. I had friends who used to drive up to see them in L.A., though. I never understood the appeal, but watching this doc has explained it a bit.

I was at the TCA press panel for this show, which streams on DISCOVERY+ beginning September 24. There were several people in the documentary at our panel: Read Scot, Former Chippendale; Michael Rapp, Former Chippendale; Candace Mayeron, Chippendales Associate Producer (1981-1987) and Eric Gilbert, Chippendales Creative Director (1983-1991). Unfortunately, these were not the people who actually filmed or made the documentary, which was rather odd. Usually they have the producers or directors, who can talk about making the documentary. Instead, these were all the people involved on the other side of the camera. As someone who usually interviews actors, producers, writers, etc., it seemed very strange. In fact, I asked who created the show, and they thought I meant the Chippendales dancing show in the 70’s! I explained what I meant. They told me that it was an organization called Lighthouse in the UK. Apparently the Chippendales’ original producer, Steve Banerjee, who was a bit of a conman, did some “nefarious actions” in both continents. 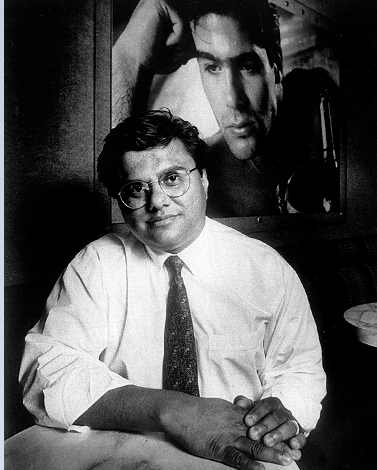 In the first segment of the show, they talk a lot about famous Playboy model Dorothy Stratten, who was murdered by her husband. I had no idea that she and Hugh Hefner used to go to the Chippendales’ club a lot. Most of us are familiar with her story, either from news articles at the time of her death, or from watching the movie “Star 80.” I’m looking forward to seeing the rest of the documentary and what crimes are linked to the dance club.

Another reporter asked what the movies like “Magic Mike” get wrong in their portrayals of male exotic dancers, so the dancers and producers replied that they don’t really touch on all the hard work they put into dancing, or the excitement of being there as well as crediting Chippendales for starting it all. Gilbert applauded the late Banerjee for his successful marketing in mainstream areas, such as selling Chippendales calendars in places like Target. Former dancer Rapp thinks that what made Chippendales special was how the men catered to the women and made them feel special, even before the dancing started.

Gilbert also praised Banerjee for taking a little dump of a club “in the fringe area of Los Angeles” and making it into a fancy place with men who were dressed up (similar to Playboy bunnies) to make it more classy and make the women feel safe. Mayeron expanded on that to say that “Chippendales was the place where women came to be admired by attractive men, not to admire them.”

Curse of the Chippendales tells the story of how the famous dance troupe took the LA nightclub scene by storm and ended with international fame, untold wealth, bizarre murder plots and multiple deaths trapped in their legacy. Their brand became a multi-million-dollar global venture, successful beyond their wildest dreams. But of three unlikely dreamers who were there at the beginning, only one would make it out alive. Driven by extensive video and photo archive, including never-before-seen footage and a nostalgia-filled soundtrack, viewers will be directly transported back to the ‘80s, into one of the most unexpected true crime stories of the decade. And all fueled by one thing: greed.

Highlights Include Curse of the Chippendales, a Street Outlaws Spin-Off and a New Home Series Reno My Rental

New York, NY – August 18, 2021 – discovery+, the definitive non-fiction, real life subscription streaming service from Discovery, Inc., today announced new and original programming that will be available in September. discovery+ will premiere new titles across categories, including the highly-anticipated Curse of the Chippendales, which tells the untold story of the famous international dance troupe. Street Outlaws fans will experience a whole new take on racing with Street Outlaws: Gone Girl highlighting the most competitive female drivers in the country as they come together in Las Vegas. On Reno My Rental, Carmeon Hamilton, winner of HGTV’s Design Star: Next Gen, helps renters make their places feel like home by transforming and personalizing their spaces. Additionally, discovery+ will commemorate the 20th anniversary of 9/11 with titles including No Responders Left Behind with Jon Stewart and Rebuilding Hope: The Children of 9/11.

discovery+ features a partnership with Verizon that gives their customers with select plans up to 12 months of discovery+ on Verizon. discovery+ is also available on platforms and devices from Amazon, Apple, Google, Microsoft, Roku and Samsung.

discovery+ is the definitive non-fiction, real life subscription streaming service. discovery+ features a landmark partnership with Verizon that gives their customers with select plans up to 12 months of discovery+ on Verizon. discovery+ has the largest-ever content offering of any new streaming service at launch, featuring a wide range of exclusive, original series across popular, passion verticals in which Discovery brands have a strong leadership position, including lifestyle and relationships; home and food; true crime; paranormal; adventure and natural history; as well as science, tech and the environment, and a slate of high-quality documentaries. For more, visit discoveryplus.com or find it on a variety of platforms and devices, including ones from Amazon, Apple, Google, Microsoft, Roku and Samsung.

Discovery, Inc. (Nasdaq: DISCA, DISCB, DISCK) is a global leader in real life entertainment, serving a passionate audience of superfans around the world with content that inspires, informs and entertains. Discovery delivers over 8,000 hours of original programming each year and has category leadership across deeply loved content genres around the world. Available in 220 countries and territories and nearly 50 languages, Discovery is a platform innovator, reaching viewers on all screens, including TV Everywhere products such as the GO portfolio of apps; direct-to-consumer streaming services such as discovery+, Food Network Kitchen and MotorTrend OnDemand; digital-first and social content from Group Nine Media; a landmark natural history and factual content partnership with the BBC; and a strategic alliance with PGA TOUR to create the international home of golf. Discovery’s portfolio of premium brands includes Discovery Channel, HGTV, Food Network, TLC, Investigation Discovery, Travel Channel, MotorTrend, Animal Planet, Science Channel, and the forthcoming multi-platform JV with Chip and Joanna Gaines, Magnolia Network, as well as OWN: Oprah Winfrey Network in the U.S., Discovery Kids in Latin America, and Eurosport, the leading provider of locally relevant, premium sports and Home of the Olympic Games across Europe. For more information, please visit corporate.discovery.com and follow @DiscoveryIncTV across social platforms. 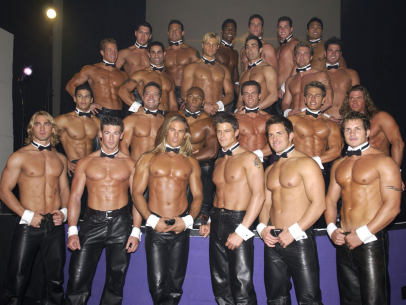