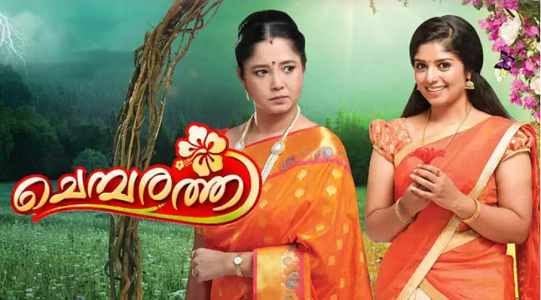 Zee Keralam echoes the vivid spirit of every Malayali and offers content that motivates people to rise above odds and craft their destiny. The channel has always retained the essence of authentic Kerala with shows that resonate with cultural nuance and lifestyle. The content library includes fiction, non-fiction or reality that are different in storyline and scale. With deep, culturally rooted, and family-inclusive programs, Zee Keralam brings together generations and keeps them engaged. A pioneer in providing Malayalam entertainment online, Zee Keralam is available on YuppTV. The world’s leading OTT platform for streaming South-Asian content, YuppTV brings exciting and enthralling content for its users with more than 300 TV channels. Get ready to watch Zee Keralam on YuppTV and enjoy an enhanced viewing experience.

Starring Thara Kalyan, Amala Girish, and Stebin in lead roles, Chembarathi revolves between an arrogant, wealthy Akhilandeshwari and her son Anand, in love with Kalyani. While Akhilandeshwari wants her son to marry a rich girl of her stature, unforeseen events lead to Anand and Kalyani marriage. When she learns about the wedding, she despises Kalyani and creates problems that start disrupting her relationship. With an engaging storyline and a stellar cast, Chembarathi is receiving appreciation from all corners. In recent developments, Sivaramakrishnan is glad to see Das coming back home, and Kalyani appreciates Aravind’s concern for Anand. Meet Kalyani and her family from Monday to Thursday at 9 pm. Watch Zee Keralam on YuppTV and get your daily dose of entertainment.

This family drama revolves around Siblings Krishna Prasad and Krishna Priya, who share a great bond. Prasads wife, Durga and Priya also share a loving relationship but turns bitter in a strange shift of events. The twist in the tale arises when Priya’s daughter Kalyani and Durga’s son Aditya fall in love. In the new episodes, Priya is seen disturbed remembering the mess that happened in Tulasi engagement. The rest of the story is about Durga’s attempts to separate the couple, Tulasi struggles to win Durga’s acceptance, the revelation of a big secret and much more. Watch Kaiyethum Dhoorathu streaming on Zee Keralam at 6:30 pm from Monday to Saturday.

People call Devakrishnan, aka DK as Hitler due to his arrogant attitude towards others. He adopts three sons after his wife Supriya passes away. On his 40th birthday, he decides to marry again in 15 days to fulfil his late wife’s wish. While everyone in the family is excited about his marriage and the arrival of Mrs Hitler, a comedy of errors introduces Jyothirmayi to DK. What follows after is the crux of the story. Shanavas Shanu and Megha Vincent essay the role of Hitler and Mrs Hitler accompanied by Ponnamma Babu, Anjali Rao, Akshaya Raghavan and others. Meet Hitler and his wife at 8:30 pm from Monday to Saturday on Zee Keralam.

Karthika Deepam tells the story of an orphan girl, Karthika and is later adopted by Kannan and Pavithra. Unexpected problems arise in the new house, and her joy of coming into a family is short-lived. A determined Karthika faces all her adversities and stands firm. Snisha Chandran plays the lead role of Karthika in the serial, and seasoned actors like Yedu Krishnan and Vivek Gopan essay other vital roles. Karthika Deepam is aired at 7:30 pm from Monday to Saturday.

Make your family time more memorable while you watch Zee Keralam on YuppTV. With a vast content library, YuppTV is sure to entertain you at the comfort of your home. Subscribe to YuppTV and catch all the Malayalam entertainment online on YuppTV now.

Zee Keralam is an Indian Malayalam language general entertainment pay television channel owned by Zee Entertainment Enterprises. The channel was launched on 26 November 2018 and it is ZEE’s fifth channel in the southern region. The channel is headquartered in Kochi, Kerala. 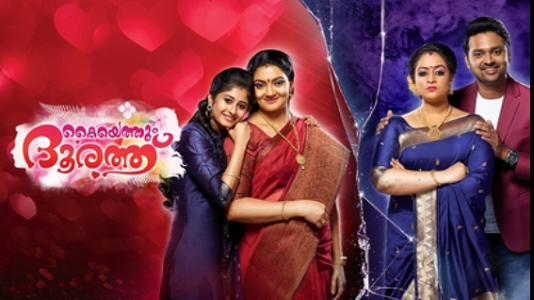