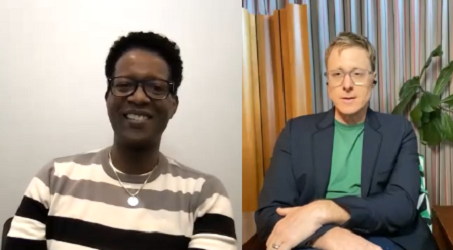 This was a short but fun call. I always love talking to these guys! They’re so fun to listen to, and so funny, both on and off the show. I gave them a rather weird question, but they handled it very well, like the professionals they are. Don’t miss the season premiere January 26 on Syfy!

Question:   This year, it looks like you guys have been set up as more foes than allies. What can you tell me about the investigation?

Corey:   Well, you know, at the end of last season, we found out who killed Sam Hodges, and this season we’re going to delve more into the why. You know, what exactly was the actual, the first, human Harry Vanderspeigle? What was he up to, and what type of chaos did Alan’s character inherit by taking over his life.? But [there’s] still a tremendous amount of hijinks that takes place as we pursue said leads in the case.

Alan:   Yeah, as foes, out of respect, they both have their amount of being idiots. Out of respect.

Alan:   Fact. So, as foes, I think that’s where the hilarity that ensues comes from, is that they’re both idiots, but, I mean, we started off as foes from the very beginning.

Corey:   Yes. You know, it’s the joke you made about the black truck from the very, very first moment that they met that set the tone in a way that they’re still trying to recuperate from.

Suzanne:   So, on the videos– we’ve seen a promo video. A lot of you guys [the cast] were saying that you believed in aliens, or that you saw aliens or ships. Recently, NASA was working with theologians and faith leaders to discuss how aliens visiting Earth might affect religion and religious people. Sorry, it’s such a deep question for early in the morning, but… how do you think people might react to the idea that humans are not the only sentient beings in the universe?

Alan:   Corey, I think you probably –

Corey:   I think we – I can’t remember exactly who said it; it might have been Reagan. I hope I’m right. someone’s going to look me up and either say I’m an idiot, or “my God, he knew that; he’s a genius,” but he said something about the arrival of aliens being a good thing, because basically, it would unify all of humanity. It would help us to see ourselves as a race of beings as opposed to beings of different races. And I’d like to believe that that’s what would happen, but over the last couple of years, there’s been this pandemic that’s taken place that I think has been a stress test of society, that in a lot of ways we’re failing. So, honestly, aliens could either be the thing that unites everyone or could be the thing that makes everyone go, “Okay, fuck. It’s a free for all. Let’s just tear it all and burn it all down.” So, I don’t know, but I know they exist, whether or not they want to come here – You know, I mean, I’m not getting on a cruise ship right now. It’s a giant soup of nastiness. So, we might be the COVID cruise ship of planets to aliens. You know what I mean? They may not want to go here, because we’re so polluted and rude and sick and angry and all of these things that we should be better at. So, I wouldn’t come here. I wouldn’t go house shopping in a fucking shed that’s built by the railroad tracks either. So, I don’t know that aliens would want to come here, if I’m being honest. I just ate up all the time with that.

Corey:   …of planets. That’s probably what we are.

Suzanne:   Alan, what’s your take on that?

Alan:   Oh, you know, I would love it if aliens would come here and help us with our problems….I don’t think we understand what would… what would happen. I don’t know. If they wanted to come here and remove carbon from our atmosphere or something like that, that would be great. Otherwise, they could just leave it alone as far as I’m concerned. I don’t think it’s going to be good. Soylent Green is people. You know, that’s mainly where I stand. Soylent Green is people.

Suzanne:   All right. And as a short follow up, what– how is it working with Nathan Fillion again, the octopus voice?

Alan:   Oh, it’s fantastic. It’s fantastic. He’s great this season. He’s a puppet. I mean, he is also CGI, but there’s a actual puppet on set in the tank that is being puppeted by people. And just having a Nathan Fillion octopus puppet that I’m having arguments with, and that’s my job; I’m pretty, pretty excited about that.

Suzanne:   Great. Thank you guys so much.

Question:   So, really quickly, one of the things I love about the trailer is that Mike’s just not buying this whole alien thing, and I don’t think he’s kind of bought it from the very beginning. So, kind of for the both of you, do you feel like that’s going to continue to be to Harry’s advantage this season, or are we gonna see Mike sorta kind of lean over a little bit and maybe start believing a little more?

Corey:   I think he has a healthy skepticism of UFOs, and I don’t see that – without getting into too much of the season, but I don’t see that changing very much. I think Mike’s very much into what he can see, smell, taste, touch, you know?

Corey:   Oh, absolutely! And he believes in Bigfoot.

Corey:   You know, he says that Bigfoot lives up in Seattle. And he also believes that women love buckets.

Question:   So that’s the line.

Corey:   You know, the aliens line is the line he won’t cross. That’s the one –

Alan:   They don’t love buckets? This is news to me. That explains why Christmas was so bad in the Tudyk household.

Alan:   I got my wife several buckets for Christmas. Hmm.

Publicist:   All right. We’re just trying to get you guys back on schedule.

Corey:   Oh, I understand. I ran a little long on my alien answer.

Publicist:   No, no, you’re good. You’re good. It makes it so hard when when they’re around tables to be quick. This next one is a one on one though, so I’m hoping we can kind of try to get us back on [track].

Alan:   TV week, you’ll see probably in Canada. It’s amazing. Like my wife and my dogs were attacked by a coyote by Stanley Park, and my mother in law heard about it across the country on her nightly news.

Publicist:   Yeah, everyone picked that up

Alan:   And then like suddenly my wife disappeared from the stories very quickly. There’s just I think me who was attacked.

Publicist:   Isn’t it funny how that happens?

Publicist:   He should be joining any moment.

Corey:   I’ve been playing with my kid. We finally got the new Xbox X series. His Xbox that was so fucking overpriced. You pay like 750 bucks each for those things, because we have to get to, you know, because we both play, so that was part of the hang up was needing to get two of them at the same time. I threw it on – he’s been playing the online mode. I’m not there yet, because I don’t want to get murdered by eight-year-olds. You know what that means? You know, these ten-year-olds are killing us.

Alan:   Yeah, man. I’m destroyed they’re like playing a different game. I can’t. I’m last place every time, and I put so many hours into this game. But now the game has changed enough – what you want to do when you have a new a new version of it, Ii’s changed enough that you have to relearn it. But I think I’ve crossed the threshold. Old man.

Here is the video version of it. 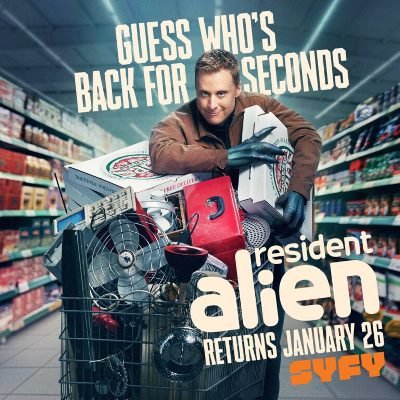 Based on the Dark Horse comics, SYFY’s “Resident Alien” follows a crash-landed alien named Harry (Alan Tudyk) whose secret mission is to kill all humans. In season two, Harry is once again stranded on Earth where he must confront the consequences of having failed his people’s mission to destroy the human race. On his new quest to protect the people of Earth, Harry struggles to hold on to his alien identity as his human emotions grow stronger by the day. In an adventure that takes Harry and Asta (Sara Tomko) all the way to New York City, Asta brings Harry into the arms of someone he can call family. While back in Patience, Sheriff Mike (Corey Reynolds) and Deputy Liv (Elizabeth Bowen) find themselves closer to unraveling the mystery of Sam Hodges’s murder. “Resident Alien” also stars Alice Wetterlund, Levi Fiehler and Judah Prehn. 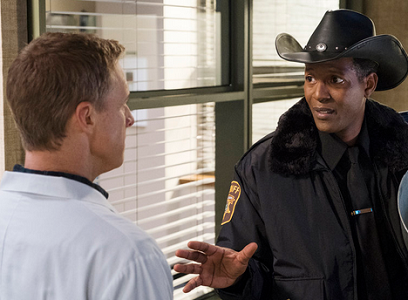