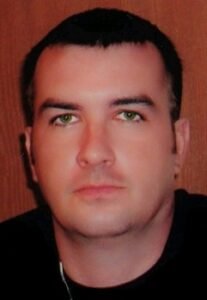 Dustin-Shane Merrill was born and raised in Birmingham, Alabama.  He has been a loyal fan and viewer of General Hospital for 37 years.  His favorite storyline from the archives would be “anything to do with Anna Devane and Duke Lavery.”  He feels that Anna and Duke captured the essence of the super couple in a way that hasn’t been seen since Luke and Laura.  Shane’s favorite character is Carly Corinthos – he loves her devotion to family and how she will go to any lengths to protect what is hers.

Shane counts his most positive traits as being kind, generous and a fiercely-loyal friend; however, he is the first to admit that he is impatient and is very put-off by ignorant people.

Shane is a world traveler and lists Paris, Tokyo and Charleston as three of his all-time favorite destinations.  He loves music, sings and plays five instruments.

Shane has lived in Chicago, Portland, Seattle and Minneapolis in addition to his native Birmingham.  His hobbies include attending concerts, travel, reading, writing, playing the piano and collecting vinyl albums and celebrity autographs.  His favorite TV shows include Seal Team, Chicago P.D., Walker, Anne Rice’s Interview With The Vampire and General Hospital.