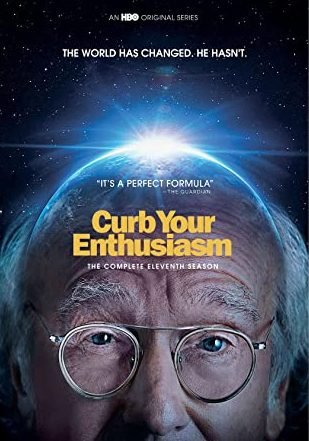 “Curb Your Enthusiasm: The Complete Eleventh Season” Review by Suzanne 6/10/21

This is my favorite comedy, since “Frasier” left the air. Yes, “Seinfeld” was very good, but I liked “Frasier” better. “Curb” is better than both. In part, that’s because it’s on HBO. Larry David can come up with these great ideas that would never have worked on broadcast TV.  This season, they had some great guest stars such as Jon Hamm and Tracey Ullman.  One of the new characters, Maria Sofia (Keyla Monterroso Mejia), is polarizing among fans. She’s both annoying and hilarious. More importantly, she makes Larry funnier.  Leon is also one of our favorite characters, and he continues to make us laugh uproariously.

I hope you can enjoy these episodes as much as we did. Each season is only 10 episodes, and it’s hard to wait between seasons while Larry comes up with the ideas and perfects them.

The DVD, unfortunately, doesn’t have any features or extras.  At least, though, you shouldn’t have too much trouble taking off the shrink wrap.

Contains All 10 Hilarious Episodes from the Eleventh Season

BURBANK, CA (April 19, 2022) – HBO’s iconic comedic series, from writer/producer/comedian Larry David, will have you laughing in your seats as Warner Bros. Home Entertainment releases Curb Your Enthusiasm: The Complete Eleventh Season on DVD June 14, 2022. Life will be prett-ay, prett-ay, prett-ay good as you binge on all 10 episodes from the outrageous eleventh season. Curb Your Enthusiasm: The Complete Eleventh Season will retail for $19.99 SRP ($24.99 in Canada) and will also be available to own on Digital via purchase from all major digital retailers. All seasons of Curb Your Enthusiasm are now available for streaming on HBO Max.

Starring Larry David as an over-the-top version of himself, the iconic Emmy® and Golden Globe®-winning comedy series Curb Your Enthusiasm offers a tongue-in-cheek depiction of the writer/producer/comedian’s fictionalized life. With Jeff Garlin (as manager Jeff Greene), Susie Essman (as Jeff’s wife Susie), Cheryl Hines (as Larry’s ex-wife Cheryl), JB Smoove (as Leon), and Richard Lewis and Ted Danson (as themselves), all reprising their roles alongside a rotating cast of familiar faces, including Vince Vaughn (as Freddy Funkhouser) and Tracey Ullman (as Irma Kostroski), Season 11 finds Larry once again seeking and dispensing his own peculiar brand of social justice.

Curb Your Enthusiasm is currently available to own on Digital. Digital purchase allows consumers to instantly stream and download to watch anywhere and anytime on their favorite devices. Digital movies and TV shows are available from various digital retailers including Prime Video, Apple TV, Google Play, Vudu and others.

Warner Bros. Home Entertainment (WBHE) brings together Warner Bros. Entertainment’s physical and digital distribution businesses in order to maximize current and next-generation distribution scenarios. An industry leader since its inception, WBHE oversees the global distribution of content through packaged goods (Blu-ray Disc™ and DVD) and digital media in the form of electronic sell-through and video-on-demand via cable, satellite, online and mobile channels. WBHE distributes its product through third party retail partners and licensees. 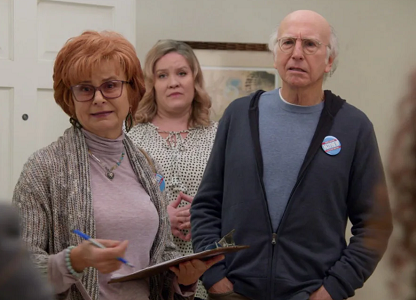