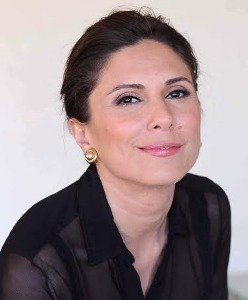 It was great to speak with this amazing actress!  Her role of Nahid Kamali expands in season 2 of the show.

Here are the questions I asked. We’ll try to get the answers transcribed soon!

1. What made you want to get into acting?

2. You play a sick woman in Tehran. Did you do any research for your role?

3. What do you think about the relationship between your character and her husband?

4. addition to acting, I see you have directed, produced, and performed stand up comedy, too. Which of these do you like doing the most?

5. Was doing stand up comedy a good experience for you?

6. Your IMdB profile says that you speak four or five languages. How did you learn so many?

7. I am interested in the music video that you were the executive producer for. How did that opportunity come about?

8. What do you think of the American media portrayal of Iran? Do you believe that it’s accurate and fair?

9. People say that Hollywood is more diverse, but what about behind the camera? Is it still an old boys club when it comes to traditional TV studios?

10. Has the rise of streaming services helped the diversity in front of the camera?

11. What has been your favorite production that you’ve acted in?

The series is created by Moshe Zonder, Dana Eden and Maor Kohn, and directed by Daniel Syrkin. Omri Shenhar serves as writer alongside Zonder. Syrkin and Shenhar are also co-creators. The executive producers are Eden and Shula Spiegel for Donna and Shula Productions, Alon Aranya for Paper Plane Productions, Julien Leroux for Paper Entertainment, Peter Emerson for Cineflix Studios, and Zonder, Shenhar, Syrkin and Eldad Koblenz for Kan 11. “Tehran” is distributed internationally by Cineflix Rights. 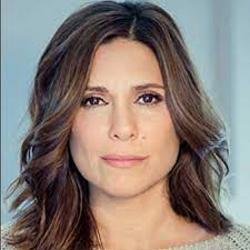 Shila Ommi is an American actress, director, writer and producer who was born in Tehran, Iran, and grew up in Los Angeles.

She has directed and produced award winning plays in Los Angeles, and for over a decade she toured internationally under the name Shila Vosough in an Iranian-American theater production company performing plays in Persian.

Shila directed the feature film, ‘Wake Up Sleeping Beauty’, a psychological dramatic film about a young Iranian-American woman waking up from cultural trappings and ‘curses,’ and coming into her own power. It was produced by the Los Angeles County Department of Mental Health.

A graduate of UCLA, Ommi received a Departmental Honors for a ‘Bachelor of Science in Biological Anthropology’ minoring in Biology, where she wrote a published thesis on ‘Parental Investment Among Vervet Monkeys.’ She later attended the Ruskin School of Acting where she studied under the tutelage of John Ruskin and Sir Anthony Hopkins.