The showrunner introduced the panel, thanking us and telling us that the show premieres 11/24 with its first two episodes on Thanksgiving and then new episodes will drop weekly. There are ten episodes in total for the first season, which “explore what our heroes have been up to since February of 2020, which is the last time you saw them, or, as we call it, ‘the before times.'” The team has gotten closer in these tough times. They find that “there’s been a prolific killer on the loose since 2005” (played by Zach Gilford) who became a legend during the pandemic. He concluded, “We’re lucky to have Zach Gilford bring this one-of-a-kind unsub to life and have so many familiar BAU agents back on the show.”

Adam Rodriguez is also in the cast, but he couldn’t make it to the panel because he was directing.

I asked a question regarding what I’ve seen fans post about on social media, “I’ve read that a lot of the fans were really unhappy with the original finale, and I was wondering if that was taken into consideration at all when you restarted the show.” I didn’t ask any particular person to answer, so Messer started and then the actors chimed in. Her opinion was that fans didn’t want the show to end, so she thinks that was the main reason they were unhappy about the finale. She did add that “you can’t please everyone,” but they try to write the characters as honestly as possible and stay true to them, and that’s all they can really do. Tyler said that she thinks some fans are always unhappy about any finale, but she mostly heard from fans about how much they loved the characters (or as she put it, “this family.”). She feels that most of the fans were just mourning the loss of the characters after 15 years, but she heard mostly good feedback. Mantegna then said, “The only ones that should be upset are the ones that were dumb enough to cancel it in the first place.” Everyone laughed nervously after that. Messer said, with a chuckle, “Joe calls it as he sees it.” Then there was more laughter.

Cook admired the way the finale was written because it left things open – that they were still out there fighting crime, which left everyone with hope for the future, and that the show would return. She agrees that it’s hard to please all the fans at once.

The actors talked about how happy they were to be back doing the show. It was a “joyous” occasion when they first met up on Zoom. Messer revealed that they would have just one unsub for the whole season (Gilford’s character). She also told us that the idea of Gilford’s unsub came to her during the pandemic. She started wondering what serial killers would be up to during the pandemic.

The cast was asked whether any of the disturbing stories of the show have given them nightmares. Vangsness confided that they all bothered her, and Tyler said that her husband was worried that he would get nightmares from the show. Mantegna added that this version of the show is going to be much more disturbing. The show’s stories don’t bother him because he knows it’s not real. What bothers him is that the real-life law enforcement have to deal with these type of crimes.

Gilford shared with us that he does get very disturbed by what’s done on the show. His wife asked, “What’s wrong with you?” and he replied, “I was just doing this to people all day. Leave me alone.” Everyone laughed, and then he said, “it gets dark.” Vangsness joked “it gets hard on serial killers” and he repeated that in a joking, self-pitying way, so there was more laughter.

Tyler agreed with Mantegna, saying that she thinks fans find the show satisfying because the criminals are caught in the end by these “intelligent, hard-working, devoted professionals are out there working very hard every day to make the world safer for the rest of us.” She also echoed what he said about the real-life people who do the job.

Cook disclosed that the show delves more into the characters’ personal lives and how they’re affected by the horrible things they have to deal with.

Messer was asked about whether the show will be a lot darker, now that it’s on streaming instead of broadcast TV. She didn’t want to make it too dark because teenagers watch it, but it will have some curse words that they couldn’t say before. She feels that this is normal language that people would use in real life. She teased Mantegna, saying he speaks that way all the time. He agreed with a smile that it wasn’t much of a stretch for him.

They were asked about directing episodes of the show. Mantegna told us that he, Cook, Tyler and Rodriguez have directed some of the episodes (as they had in the past on the original show). He praised Gilford, whom he worked with a lot while directing, “he’s been a great, incredible addition to our show.” Mantegna also mentioned that it takes them 8 days to shoot each episode.

Gilford grew up in Chicago, so he shares that he was a bit star-struck working with Mantegna, whom he considers a legend. He shared a cute story that us non-actors may not appreciate as much. He said, “we’re shooting the scene, and he goes, ‘Okay, and then you’re going to walk over here, and then we’ll cut, and I’ll yell, Cut.’ And I was like, ‘Did you just like line-read your directing?’ He’s like, ‘I’m an actor. I can’t help myself.’ I could not stop laughing, because it was — I’ve never seen a director do that before.” The other actors all laughed, so they must have found it funny, too.

Tyler then complimented Mantegna on his directing and loves it when actors direct because they’re easier for them to work with. Paget added in her two cents, thanking them all for directing because she never wanted to do it.

Messer shared that David Rossi is the character most in crisis when the show begins, and she talked about what a great job Mantegna did with the story. She said that how his character is feeling causes “a ripple effect” that goes through everyone else.

She also told us that two characters from the previous season won’t be returning: Matt Simmons (Daniel Henney) and Spencer Reid (Matthew Gray Gubler). However, they are still mentioned – “gone but not forgotten.” That was very disappointing to hear because Reid is my favorite character. Their desks are still there, with things on them. She never said whether they would explain why the characters aren’t back. I guess we’ll have to wait and see! 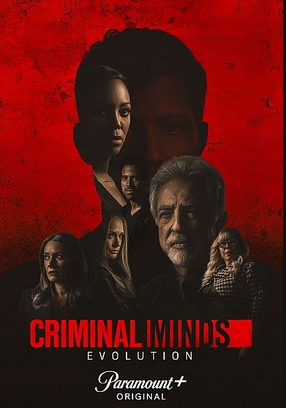