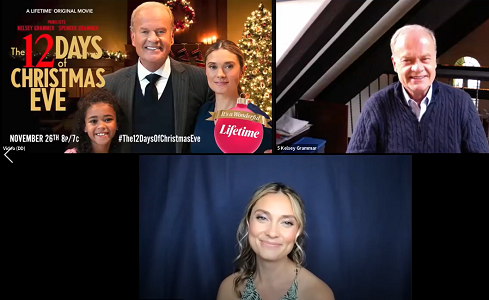 It was truly an honor to speak with Kelsey Grammer because he’s such a great actor. As I told him, “Frasier” is one of my favorite shows. I was in college when he was on “Cheers,” and then I kept watching him on “Frasier” (which was even funnier than “Cheers,” in my opinion), until the end. He was also amazing later in the drama “Boss.” His daughter, Spencer, who stars in this with him (as his daughter, natch), is also a really good actress in her own right. Daytime fans may recognize from when she played Lucy on “As The World Turns,” before she went on to primetime success. Anyway, this is a really good holiday movie. It’s a sort of mash-up between “Groundhog Day” and “A Christmas Carol,” but it’s got a modern spin and a lot of humor. Grammer plays Brian, the head of a Radio Shack-like company who has to mend fences with his daughter, Michelle, and granddaughter, and find the true meaning of Christmas, in 12 days.  Grammer handles both the drama and comedy in the movie easily. Uschi Umscheid plays Spencer’s daughter, Harkin, who’s just precious and a good actress (especially for her age). Diana Toshiko is a lot of fun as a zany startup woman, Nina, who wants to buy Brian’s company. Mitch Poulos does a wonderful job as Santa. I hope you enjoy the movie and this interview! You can’t help but be touched by the affection displayed by Kelsey and Spencer Grammer for each other.

The 12 Days of Christmas Eve is the story of Brian Conway (Kelsey Grammer), a successful businessman whose relationships with those around him have really suffered.  While this Christmas season has been the most successful for his business, he’s divorced, his relationship with his daughter Michelle (Spencer Grammer) is strained and he doesn’t have a meaningful connection with his only granddaughter.  After Brian gets into a car accident on Christmas Eve, Santa gives him twelve chances to re-do the day and repair the relationships in his life to find the true meaning of Christmas. For Brian, these twelve days are a journey of self-realization about life, love and happiness as he attempts to right the wrongs of his life in pursuit of the Christmas spirit.

The concept for The 12 Days of Christmas Eve originated from Kelsey Grammer’s production company, Grammnet NH Productions, and developed in house by Lifetime.  Grammnet NH Productions produced alongside Johnson Production Group.  Kelsey Grammer, Tom Russo (Frasier, Light as a Feather, The Game) and Jordan McMahon (The Game) are executive producers. The script is written by Eirene Tran Donahue (A Sugar & Spice Holiday) and directed by Dustin Rikert (Two Tickets to Paradise). 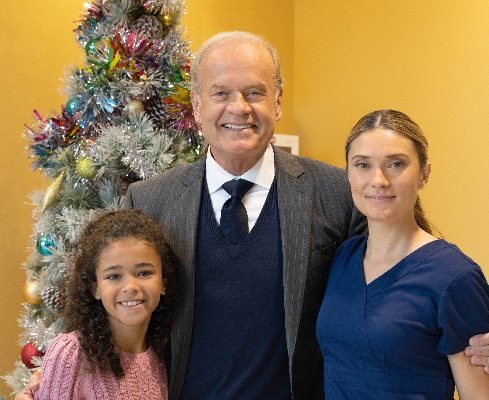