Let’s do some thought experiments:

What do you think that the reaction would be if the gender roles were reversed? I am guessing that certain groups of activists would have something to say. But nobody cares about much younger guys being in such a situation. I am not lecturing, because I am eagerly going to watch. But it’s probably a double standard. I always take the approach that consenting adults can do what they want.

What if everyone was gay and male? I would actually like to see this. On a side note, most dating shows are heteronormitive. Although perhaps this would be less popular, since most people aren’t gay.

Perhaps you can make a case for this; it’s different.

I think that all reality TV shows are absolute garbage, so is this much different than the rest of the trash out there? I don’t think so.

Isn’t it time that older women who like younger guys got some representation in dating shows? OK, I’m making up absurd angles to justify this show’s existence. It’s fun to do this!

This concept probably generates TLC some publicity. Fewer news articles would be written about a dating show about similarly aged heterosexual couples.

There’s a twist, but I don’t know what it is yet. I’m just assuming it’s each other’s sons who are participating. Meh, as long as there’s no incest, then I don’t really see a problem. Again, this would be done to stir up controversy, and gain publicity.

Although they may be a few years older than the average dating show contestant, these women are not out of practice.  Ranging from 40 to 60 years young, this vibrant group brings their unique life experiences to the game.  They have decades of dating experience and will use it to find a lasting connection with men half their age.  However, nothing can prepare them for a jaw dropping surprise that will greet them at the front door.

Set in an exquisite location along the beautiful beaches of Mexico, not everything is fun and games as these women get serious. Tensions run high when eight women and eight young hunks come together to find love. The women include a competitive 47-year-old fitness studio owner from Mexico currently living in Miami, a spontaneous 50-year-old “disco mommy” from Orange County, a 44-year-old Jersey girl currently living in Los Angeles, a 59-year-old fitness instructor and singer from Los Angeles and a 50-year-old event planner who used to be the B-Girl back in the day, just to name a few.  Each episode features challenges that will prove whether a connection is genuine or if it’s time to leave the manor.  Will the young gentlemen be able to win over the MILFs with their charming good looks or will their behavior prove them under-experienced and land them on the chopping block? Chemistry, jealousy and top-notch drama keep it steamy in the manor. 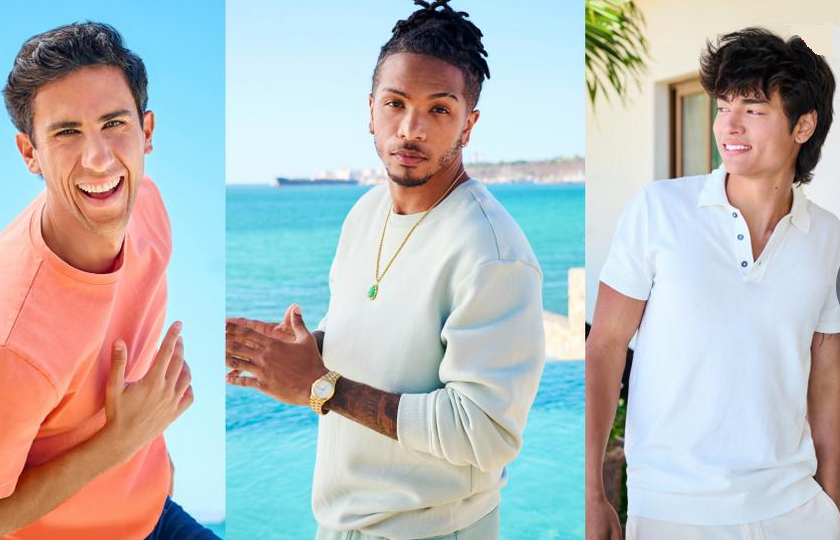