Back to the GH Transcripts Page 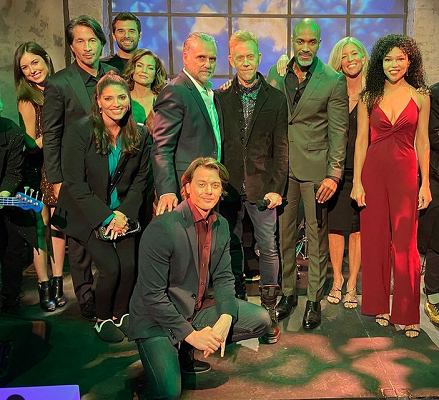 Back to the GH Main Archived Transcripts

Our Other Daily Transcript Pages– B&B, Days and Y&R

We apologize for the quality of the transcripts and for the fact that they’ll often be late. This is because it’s much harder and takes more time for us to get them from Peacock, and they’re not formatted very well. We do the best we can!

Note: Episodes that air on Peacock need heavy editing, which we haven’t had much time to do…

Back to the Days Transcripts Page 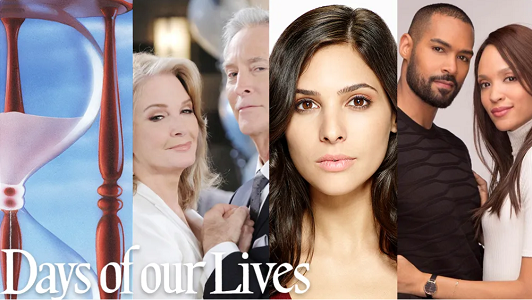 Back to the Days Main Archived Transcripts

Our Other Daily Transcript Pages– B&B, GH and Y&R

Back to the Main Days Page

Days transcripts now made with an amazing program called Descript!

***We’re missing this one and hopefully will get it sometime!

Back to the Y&R Transcripts Page 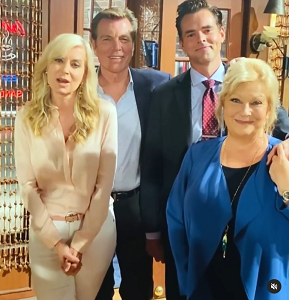 Back to the Y&R Main Archived Transcripts

Our Other Daily Transcript Pages– B&B, Days and GH 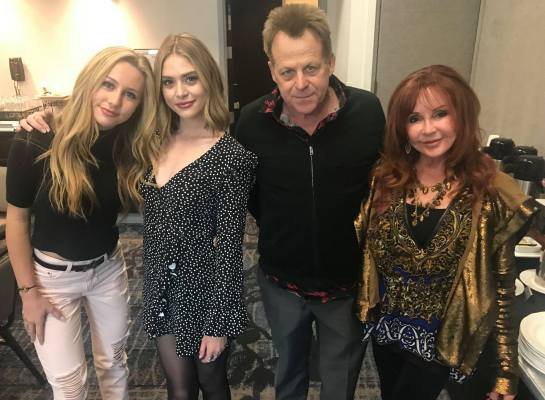 Proofreaders needed! Please email us if you can help with proofreading the GH transcripts.

Please don’t email us if we’re late with transcripts or with editing them! Our site is run on volunteer service, so people do the work whenever they can…

As of February 2, 2015, ABC is now doing a different kind of closed-captioning on GH that leaves off the names…If you have the time, please write a letter to the addresses on this page to let them know to put the names of the characters back on GH! Thanks for your help! Please keep it brief and polite, and don’t mention our site or the transcripts. Please make sure they know it’s about watching the show on the TV, not online.

Our Other Transcript Pages:  All My Children, As The World Turns, Another World, Bold & The Beautiful, Days of Our Lives, GH: Night Shift, Guiding Light, One Life to Live, Passions, Port Charles, Young & The Restless, Charmed, Lost, The O.C., & Smallville.

Note: FYI, our transcripts are made using an ATI device, not by hand…. 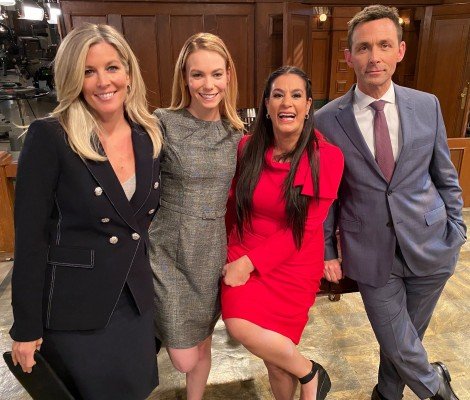 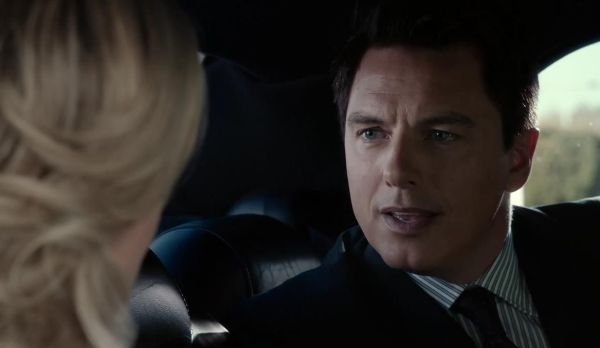 Oliver: Found a couple of things.
John: What, archery classes?

Oliver: Starling City is dying. It is being poisoned by a criminal elite who don’t care who they hurt as long as they maintain wealth and power.
John: And what are you gonna do, take them all down by your lonesome?

Laurel: I care about the lives of other people, Oliver. Maybe you should try it sometime.
Oliver: Oh, man.
Thea: That was harsh. You OK?
Oliver: Sure. Second time tonight that a friend of mine has taken me to the woodshed. Kind of tires you out.

Oliver: What am I supposed to do with that? Does that mean “bird”? I don’t speak Chinese!

Oliver: What are you watching?
Thea: Peter Declan.
Oliver: Hmm?
Thea: Oh, a guy who killed his wife. Right. This guy killed his wife in their baby’s room. Psycho.

Thea: So why don’t you make a play? I mean, she did come over here just to make sure you didn’t get shot.
Oliver: There are reasons.
Thea: What are they? Besides you sleeping with her sister and her sister dying and her father hating your guts and you being a jerk to everybody since you’ve been back.
Oliver: Those are the top ones.

Moira: Mr. Diggle’s replacement.
Oliver: Replacement?
Moira: Yes. He tendered his resignation this morning.
Oliver: Did he say why?
Moira: He said he didn’t approve of the way you spend your evenings particularly given that they always begin with you ditching him.

Oliver: Say, Rob, I wanna go into town. Could you please get the car for me?
Rob: No offense, but I have been filled in on your tendency to slip the leash. If it’s all the same to you, I’d prefer keeping you in my sights at all times.
Oliver: We’re 20 miles from the city. If you don’t drive me, how else am I gonna get there? Right. I like him.

Joanna: You know, if you go somewhere that’s not work or your home your odds of meeting someone increase by a gazillion percent.
Laurel: Oh, that’s not true. I could still get mugged on the way home.
Joanna: In that case, I hope he’s cute and single.

Moira: Well, it looks like someone forgot a lunch date with his wife.
Walter: What do you mean? Lunch isn’t for another… Forty-five minutes ago. I’m so sorry.

Carly: So when are you gonna tell me?
John: Hmm.
Carly: About what happened to your arm.
John: Oh, it’s my shoulder, and it’s fine.
Carly: I knew that Queen guy was trouble.
John: Hey, I never said this happened protecting Queen.
Carly: Oh, yeah? Then what’s he doing here?
Oliver: Hello, Diggle-sister-in-law Carly. I’m Oliver Queen.
Carly: I know who you are.
John: No, you really don’t.

Oliver: Hello. I couldn’t help but notice a distinct lack of police cars when I got home. I knew you wouldn’t drop a dime on me. So have you considered my offer?
John: Offer? Heh.That’s one hell of a way to put it.

John: Please. You were born with a platinum spoon in your mouth, Queen. What, you spent five years on an island with no room service and suddenly you found religion?

Joanna: You actually think he’s innocent?
Laurel: Someone does.
Joanna: So you said, but you didn’t say was who.
Laurel: A guardian angel.
Joanna: The guy in the hood? Wha– ? You’re kidding.

Laurel: He breaks the law and God knows what else.
Joanna: How are you not afraid that he’s not gonna do “God knows what” to you?
Laurel: He won’t. I don’t know, I can feel it.

Laurel: If what you’re doing isn’t wrong then why are you hiding your face with a hood?
Oliver: To protect the ones I care about.
Laurel: That sounds lonely.
Laurel: It can be.

Walter: I was hoping you could find out some of the details – of the transaction for me.
Felicity: Find out?
Walter: Dig up. Discreetly.
Felicity: I’m your girl. I mean, I’m not your girl. I wasn’t making a pass at you. Thank you for not firing me.

Thea: Oh, my God. What is wrong with your face?
Oliver: What do you mean?
Thea: There’s something really weird on it, like this thing with your mouth. It looks like it’s in the shape of a smile.
Oliver: Yes. That’s cute.
Thea: So why are you grinning?
Oliver: I took your advice with Laurel – to be myself.
Thea: And?
Oliver: It’s helping.
Thea: I got mad relationship skills, bro. Let me know if you need trendy places to propose.
Oliver: I think you’re getting a little bit ahead of yourself. Little bit. Rob! You gotta keep up.

Felicity: The company Mrs. Queen– Er, Steele. Mrs. Queen-Steele. Does she hyphenate? She seems like a woman who would hyphenate.
Walter: Ahem.
Felicity: Right.

Carly: Enough moping.
John: Mm.
Carly: You quit. It’s done. My advice would be to move on.
John: Ah. If it were only that easy.

Moira: You wanted to see me?
Malcolm: You look nervous, Moira.
Moira: Do I have a reason to be?
Malcolm: We all do.
Moira: A modern-day Robin Hood. What? Are you worried that your net worth makes you a target? 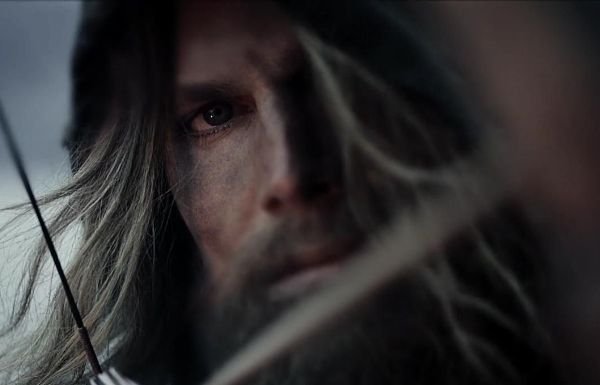 Laurel: You and I against an army. I love those odds.

Joanna: Why do you hate me?

Oliver: Are we in trouble?

Robert: One of us is.

Tommy: What did I tell you? Yachts suck.

Walter: I didn’t realize you took Russian in college, Oliver.

Oliver: I didn’t realize you wanted to sleep with my mother, Walter.

Sarah: What would you know about science, Mr. Ivy League Dropout?

Thea: Where did you get these?

Oliver: No one’s called me that in a while, Speedy.

Oliver: I have something for you.

Thea: You did not come back from a deserted island with a souvenir.

Tommy: A rock! That is sweet. You know, I want one of those t-shirts that says, “My friend was a castaway, and all I got was this crappy shirt”.

Tommy: Have you noticed how hot your sister’s gotten? Because I have not.

Oliver: Did you get lucky?

Tommy: Fish in a barrell. They were so sad…

Tommy: And huggy…And I am counting on another target rich environment for your welcome home bash.

Oliver: At my what?

Tommy: You came back from the dead. This calls for a party.

Tommy: So what’d you miss most? Steaks at the Palm? Drinks at the Station? Meaningless sex?

Tommy: Everyone is happy you’re alive. You want to see the one person who isn’t?

Joanna: It’s fun being your friend. I get to say “I told you so” a lot.

Our Favorite lines from “Arrow” 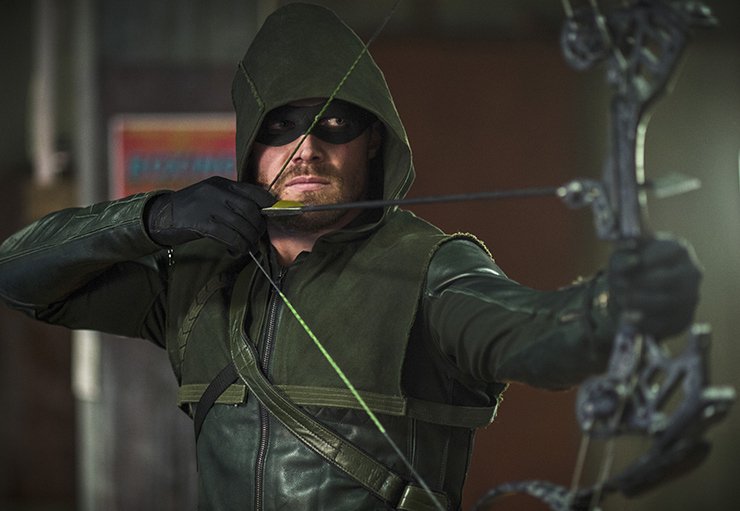 “Darkness on the Edge of Town”